Project Higlights and Image Gallery
Partner with us
Related Expertise: Power to Convene

A pavilion and arcade built from intricately carved Himalayan cedarwood. A rainfall of gold and emeralds, worked into a shimmering necklace. Skeins of hand-dyed wool, destined for a tapestry. These are just a few of the traditional crafts a visitor encounters at Turquoise Mountain: Artists Transforming Afghanistan, an exhibition at the Smithsonian’s Freer Gallery of Art and Arthur M. Sackler Gallery, from March 2016 to October 2017.

Created by Afghan artisans trained at the Turquoise Mountain Institute, these works demonstrate not only the country’s rich tradition of craftsmanship, but they also represent an economic and cultural renaissance for the artisans, their families, and their community.

Sitting at the confluence of Silk Road trade routes, Afghanistan has ancient traditions of finely wrought handcrafts that mingle artistic traditions from many cultures. But successive wars and instability in the country threatened to wipe out that heritage altogether as artisans were compelled to flee or forsake their craft merely to survive.

Founded in 2006, Turquoise Mountain seeks to revive those rich traditions of craft. By transforming Murad Khani, the Old City of Kabul, into an internationally accredited arts training center that has graduated hundreds of artisans, Turquoise Mountain is taking steps to restore Afghanistan’s proud tradition of craftsmanship. And in partnership with the Smithsonian and the U.S. Agency for International Development, several of these artisans traveled to the United States to demonstrate and discuss their craft, as well as to learn new skills, exchange ideas with American artisans, and connect with U.S. retailers.

Turquoise Mountain was established in 2006 to revive traditional Afghan craftsmanship and rebuild Murad Khani, a historic district in Kabul
Hundreds of men and women have graduated from the center’s training program for crafts in woodwork, calligraphy, ceramics, jewelry making and other traditional crafts, helping transform a former deprived area into a vital center for education and culture
10,000 visitors come to Murad Khani each week, the restored historic district of Kabul where Turquoise Mountain is headquartered
3 million U.S. dollars in revenue have been generated by the sales of goods and products made by Turquoise Mountain artisans, all of which returns directly to Afghanistan
Six Afghan artisans traveled to the Smithsonian showcasing their skills and allowing visitors to experience Afghanistan’s living cultural heritage
200,000+ visitors to Turquoise Mountain exhibition at Smithsonian’s Freer|Sackler museum 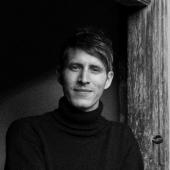 Tommy Wide is Assistant Director for Special Projects at Freer|Sackler. 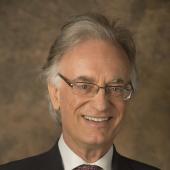 Julian Raby is the Dame Jillian Sackler Director of the Arthur M. Sackler Gallery and the Freer Gallery of Art. 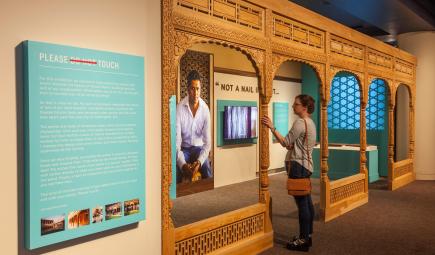 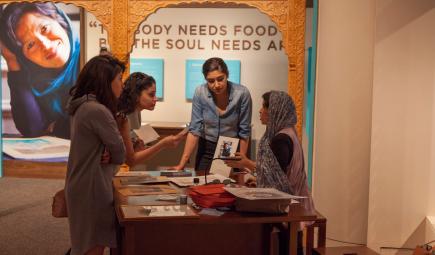 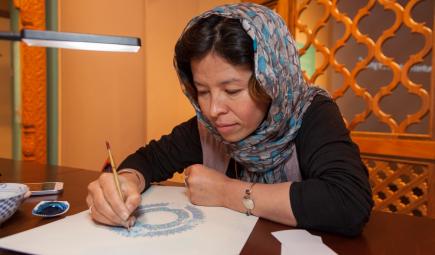 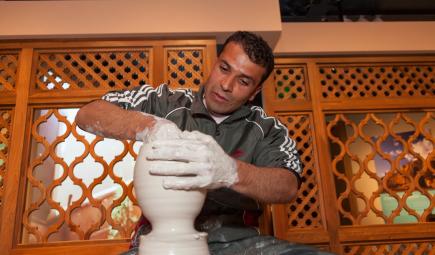 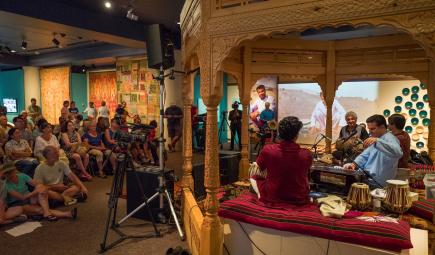