Scientists at the Smithsonian Migratory Bird Center (SMBC) are working to understand the decline in bird populations worldwide and apply research towards the conservation of birds and their habitats. By creating and implementing new technologies, and working with diverse partners, Smithsonian scientists are studying how agriculture, human development, pathogens, and climate change are affecting birds.

Pete directs the Smithsonian Migratory Bird Center (SMBC), part of the Smithsonian’s National Zoo and Conservation Biology Institute. SMBC scientists use satellite and cellular tracking to monitor the migratory movements of birds across the Western Hemisphere. With the information from this work, SMBC can recommend management practices to conserve endangered bird species. 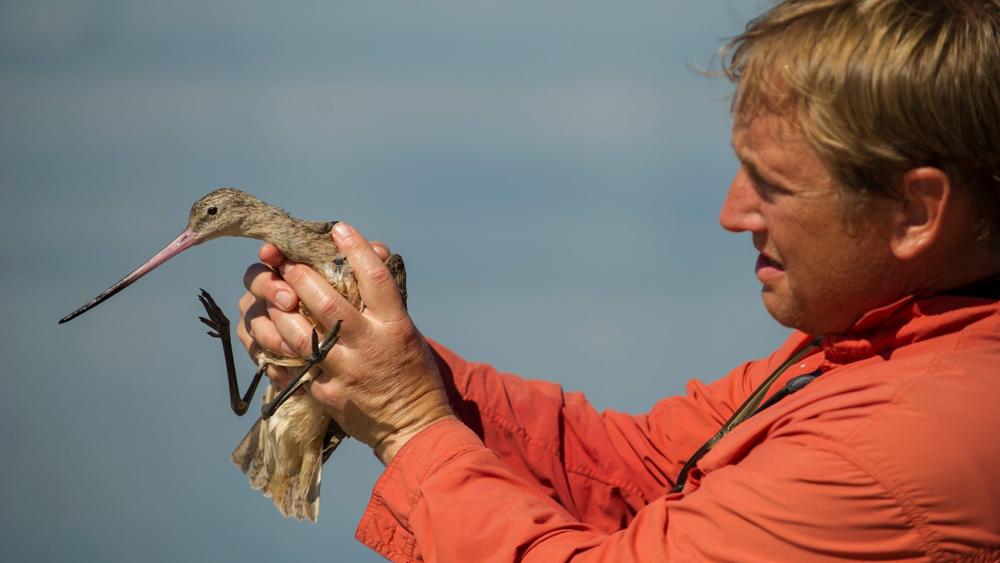 Tracking animals is a critical part of species conservation. By following the movements of birds, or whales and other species, we can better understand where they go, the habitat they occupy and, most importantly, where and why they die. Smithsonian scientists and their colleagues are pioneering the use of miniaturized tracking devices. With smaller trackers, the cost of tracing birds is less expensive and more effective, and also easier on the birds!

The miniaturized pinpoint GPS tags give the birds' locations with extraordinary accuracy, to within about 10 meters (33 feet) of their location. The device is a tiny backpack, sized for a small bird and encased in durable plastic. It turns itself on for 70 seconds, eight to 10 times a year, recording the location of the bird each time by connecting with GPS satellites. 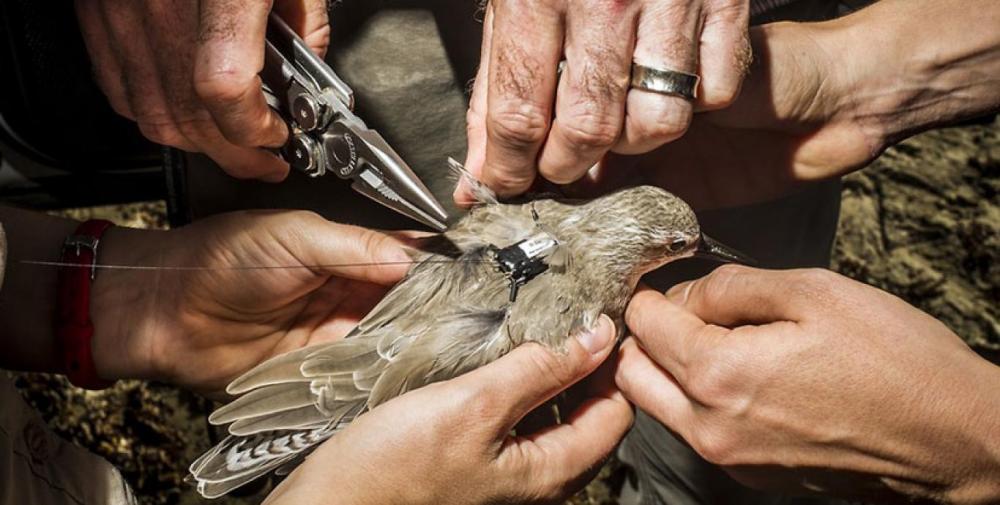 The pinpoint GPS tags are an order of magnitude smaller than previous GPS devices and offer dramatically improved resolution over similarly sized tracking devices. The newly developed tracker weighs about 1 gram (0.04 ounces) and can be carried by small songbirds weighing about 20 grams (0.7 ounces). Until now, the smallest comparable device with similar accuracy weighed about 12 grams (0.4 ounces) and could only be carried by animals weighing at least 250 grams (9 ounces). 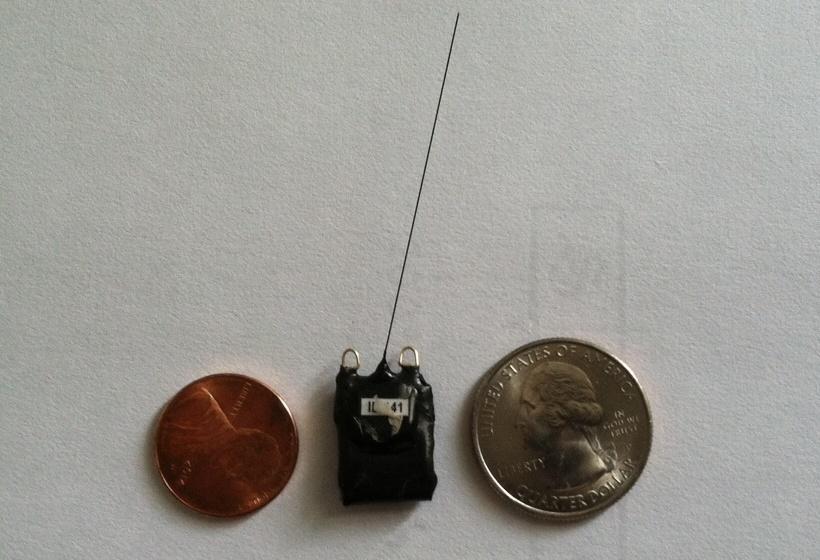 "Tracking an animal this small, with a device of this size, and with this degree of precision has never been done," Pete says. "Now we can identify the exact territories these birds occupied on their tropical wintering grounds. Miniaturizing technology so we can track animals throughout their annual cycle is an essential ingredient of effective conservation."

SMBC scientists were some of the first scientists to study bird migrations throughout the year, or “annual cycle.” After decades of research with this approach, SMBC found that what happens to birds in winter impacts their reproductive success the following summer. In other words, the periods of the annual cycle are inextricably linked. Smithsonian studies of year-round bird ecology help us better understand how to improve their long-term survival. 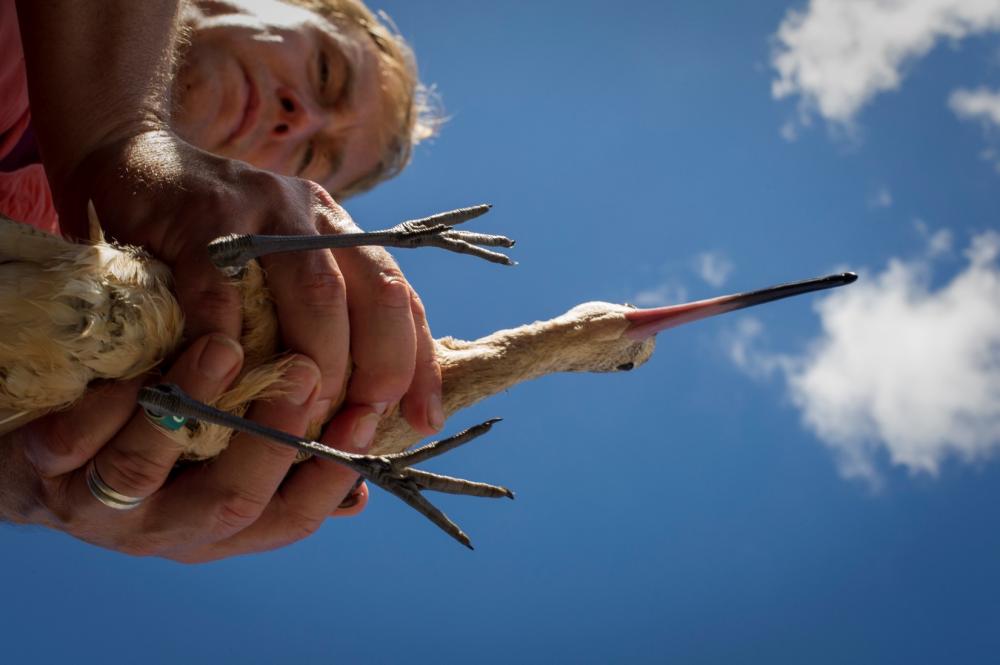 With this holistic approach, Smithsonian scientists can identify where individuals and populations of birds go throughout the year. This is a new field of research known as “migratory connectivity.” With the U.S. Geographical Survey, SMBC recently launched the Migratory Connectivity Project. This collaborative project uses technology to study and track bird species across their life cycle. Scientists apply research to identify and connect people across cultures to birds and other migratory animals.

With that in mind, SMBC scientists also apply research on bird population ecology to make recommendations for integrated land management practices. Shifts in land use change to urban or suburban development can offer solutions to humans in the short-term, but might destroy an ecosystem that in the long run would be more profitable. SMBC advocates for long-term solutions that also sustain important bird populations and entire ecosystems. 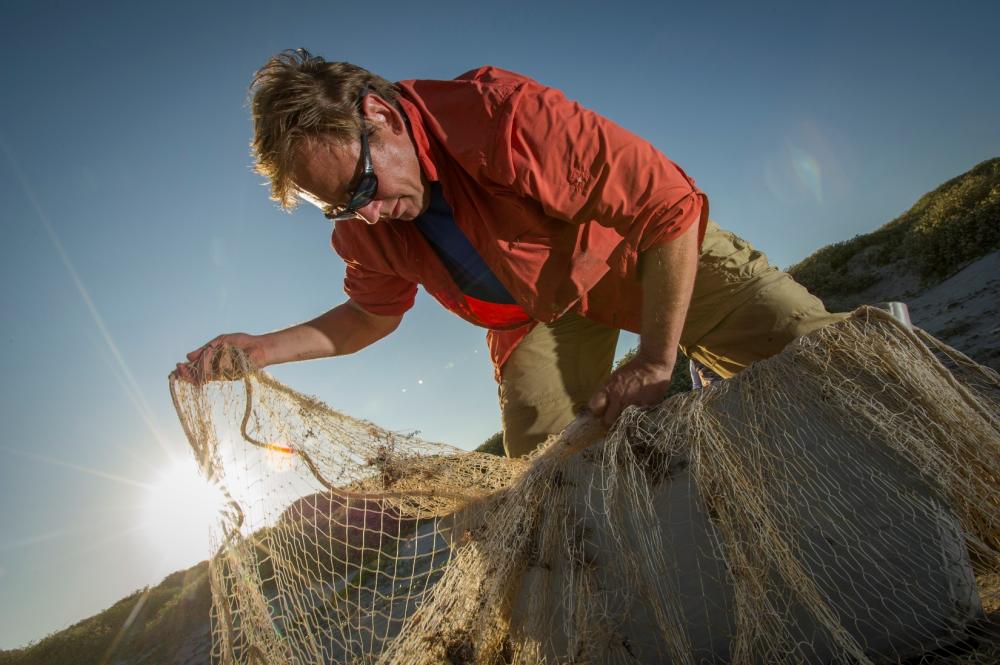 Humans are part of these ecosystems. SMBC researchers investigate how landscape management can benefit migratory birds and local communities at the same time. In urban areas, SMBC investigates how birds react to noise, buildings, and city stress. In rural and tropical areas, Smithsonian scientists study how crops like coffee, cacao, rice and wine grapes can be produced to boost farmers’ incomes, product quality, and the biodiversity of the surrounding environment.

SMBC scientists work to be sure we understand as much as possible about the biology of birds. Their research informs conservation programs and efforts across multiple scales. In Central America, from Panama to Mexico, SMBC works with governmental and non-governmental colleagues to protect multiple bird species. One example is the wood thrush, a once-common songbird. Populations of this important species have declined by 65 percent over the past 40 years. By working across universities, government, and non-government organizations, SMBC and their allies are able to address multiple facets of the programs facing these songbirds.