Slated to become operational by 2029
Upon completion, the Giant Magellan Telescope (GMT) will be the largest optical telescope in the world
When finished, the telescope will stand 65-meters high, with seven of the largest telescope mirrors ever employed
• The GMT, paired with the G-CLEF spectrograph tool, will peer deeper into space than ever before and will be able to detect Earth-like planets located in warm, habitable zones of distant stars
LOCATION(S): Chile
Topics: Global Change

The Smithsonian Astrophysical Observatory is working with a group of international partners to build the first of a new generation of the world’s largest and most powerful telescopes. Upon completion, the Giant Magellan Telescope (GMT) will be the largest optical telescope in the world, producing images of the universe with 10 times the clarity of the Hubble Space Telescope.

Slated to become operational by 2029, the GMT will explore the distant universe and look for signs of life outside our planet.

Preparations are already underway in the Chilean Andes at the Las Campanas Observatory. Here, in the remote Atacama Desert, the GMT will profit from some of the clearest, driest skies on Earth. When finished, the telescope will stand 65-meters high, with seven of the largest telescope mirrors ever employed. Each mirror will be 8.4 meters in diameter and together will provide more than 368 meters, or 3,691 square feet, of light-collecting area. The GMT primary mirrors are being made at the Richard F. Caris Mirror Lab in Tucson, Arizona.

The international GMT Consortium selected the Smithsonian Astrophysical Observatory to design and build the GMT-Consortium Large Earth Finder (G-CLEF), a powerful new spectrograph tool. G-CLEF will be the first instrument attached to the GMT initially. Together, GMT and G-CLEF will be able to detect worlds the size of Earth, located in the warm, habitable zones of distant stars.

This first-of-its-kind telescope will be capable of exploring the ancient past of the universe, probing the Big Bang and the formation of the first stars, galaxies, and black holes. Many of the discoveries the GMT will make possible are unknown, but with this new technology scientists may be able to answer the perennial question: “Are we alone in the universe?” 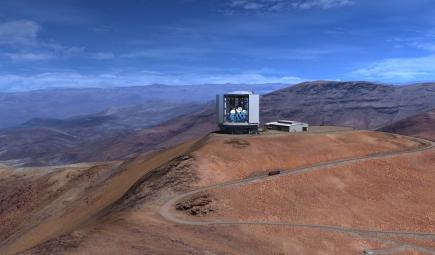 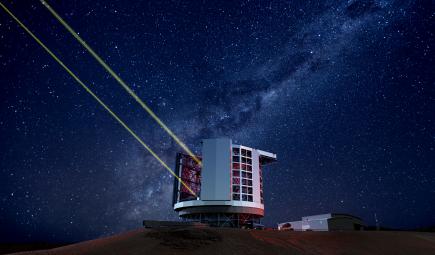 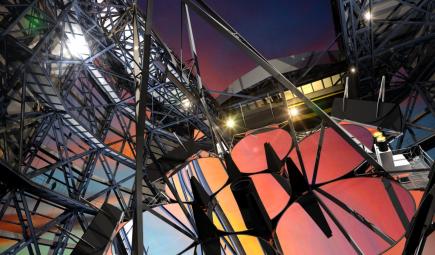 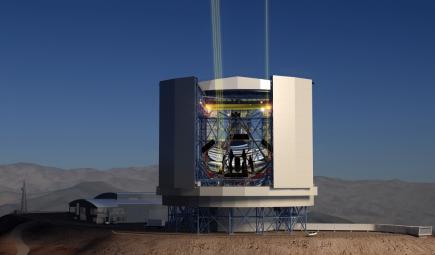