Project Higlights and Image Gallery
Partner with us
Related Expertise: Power to Convene

In March 2007, a car bomb detonated on Al-Mutanabbi Street in Baghdad, ripping through the thousand-year-old book market and killing several dozen people, injuring hundreds, and decimating a traditional center for literacy and debate in Iraq’s capital city.

In response, writers, artists and book lovers began writing poems and creating hundreds of artists’ books, prints, posters, and paper art pieces to show support for and solidarity with the ancient culture of literacy in Iraq and the broader Arab world. That evolved into “Al-Mutanabbi Street Starts Here DC 2016,” a city-wide book arts and cultural festival, hosted in part by Smithsonian Libraries.

By bringing disparate audiences together through poetry readings, translation workshops, film screenings, and exhibits of diverse and beautifully crafted artists’ books and prints, including an exhibition by American artists at the Smithsonian American Art Museum and National Portrait Gallery Library and a commemorative reading at the museums’ Nan Tucker McEvoy Auditorium, the festival sought to foster conversation about the importance of free exchange of ideas and the protection of cultural expression.

Al-Mutanabbi Street Starts Here DC 2016 is a book arts and cultural festival that commemorates the 2007 bombing of an historic book market in Baghdad, Iraq, with the goal of celebrating and educating the public on the value of the free exchange of ideas and knowledge
Of the 250 books, 190 prints and 60 broadside prints exhibited at venues across Washington, D.C., Smithsonian American Art Museum and National Portrait Gallery Library displayed 30 artists’ books by American artisans who responded to the call for works
By recreating a communal space similar to Al-Mutanabbi Street itself, the celebration’s Street Festival on Monroe Street in Washington DC invited visitors to participate in the rich traditions of the written word as they have been practiced in Iraq for thousands of years, through interactive poetry readings, book exchanges, papermaking, calligraphy, bookmaking and printmaking
Anchored by Iraqi poets, authors and musicians, the annual commemorative reading at the Smithsonian American Art Museum and National Portrait Gallery Nan Tucker McEvoy Auditorium drew hundreds of participants to mark the ninth anniversary of the bombing of the famed Baghdad booksellers’ street 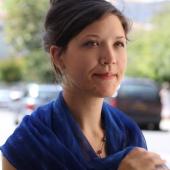 Anne is the head librarian for the Smithsonian’s American Art and Portrait Gallery Library. 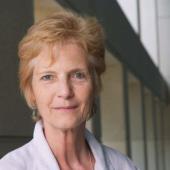 Helen Frederick is an artist, curator, educator, and founder of Pyramid Atlantic, a non-profit contemporary arts center focused on the paper arts. 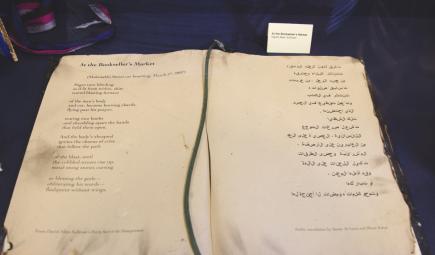 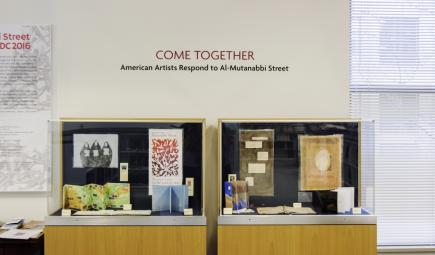 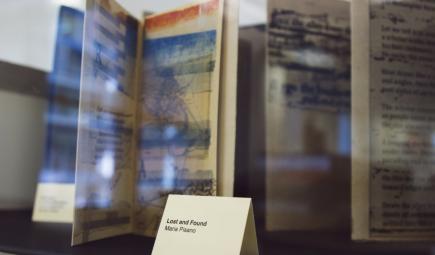 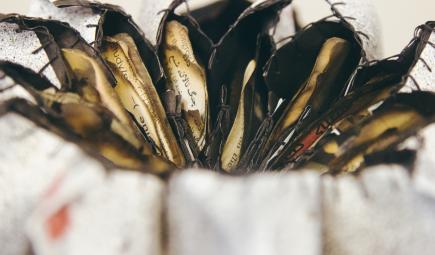 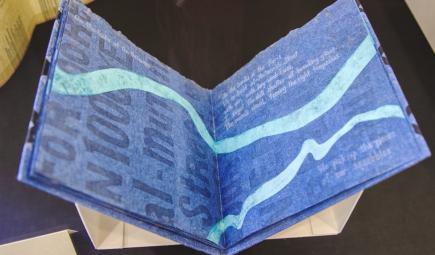