Home » Success Stories » The Courage of Words: Celebrating Al-Mutanabbi Street and the Free Exchange of Ideas

On March 5, 2007, a suicide bomber detonated a car bomb in Baghdad, Iraq, killing 26 people and injuring hundreds. But unlike the dozens before it, this particular bombing targeted an ancient open-air book market in the city’s old quarter, Al-Mutanabbi Street.

Named for a beloved Iraqi poet, born in 915 A.D. and who wrote on courage, the philosophy of life, and battlefield glory, this heart and soul of Iraq’s intellectual community has been called the “third lung of Baghdad,” a place where scholars and learners go to breathe. It is a library in spirit, despite lacking walls and a roof.

Prior to the attack, a first-time visitor to Al-Mutanabbi Street might be quickly overwhelmed by the sheer volume of printed materials stacked, strewn, and for sale by the vendors in stalls along the pillar-and-alcove lined avenue. Men recited poetry in the open-air market and students shopped for school supplies; others may have stopped for a break at one of the street’s smattering of tea and tobacco shops along the way.

Many in the literary community felt the international news represented the bombing as merely the latest terrorist attack on the city, not as an attack on the freedom of expression and learning itself.

San Francisco-based bookseller Beau Beausoleil responded by enlisting others to create their own literary expressions of support and solidarity for the people of Al-Mutanabbi Street and Iraq. Beausoleil’s call initially elicited 130 printed works, one for each victim killed or injured in the bombing. The project continued to grow and attract lovers of literacy. Al-Mutanabbi Street Starts Here prints and artists’ books were displayed in numerous cities in conjunction with readings. Al-Mutanabbi Street Starts Here DC 2016 (AMSSHDC) was a city-wide commemorative festival held in Washington, D.C. and the largest and most diverse schedule of events to commemorate the bombing. 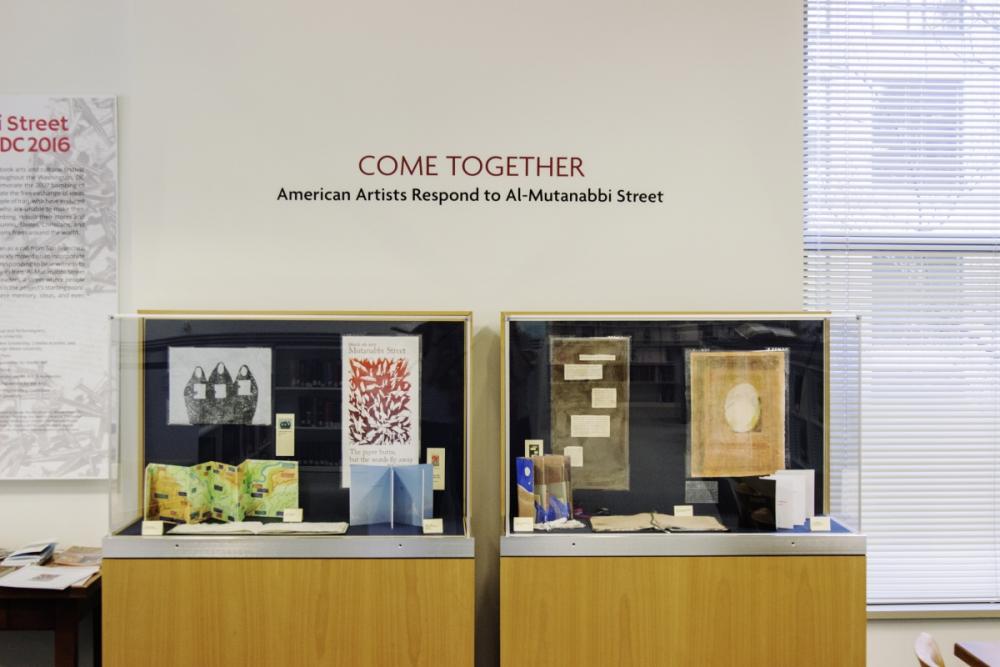 At the Smithsonian, this included an exhibit of more than 30 artists’ books and prints by American artists, curated by Anne Evenhaugen, head librarian for the Smithsonian’s American Art and Portrait Gallery Library. The Libraries also hosted a packed-house commemorative reading with musical performances on the ninth anniversary of the bombing.

Anne curated the Smithsonian Libraries exhibit, “Come Together: American Artists Respond to Al-Mutanabbi Street,” from the more than 600 books and other objects in the Al-Mutanabbi Street Starts Here repository. Many of the pieces on display featured themes of recovery and resilience, but also called to mind the rich imagery of the street itself and its influence as a literary center. The vehicles of the message, books—which were as much the target of the bombing as the people—help connect those who are unfamiliar with Al-Mutanabbi Street through a very familiar medium.

“Libraries have a purpose very similar to the role Al-Mutanabbi Street filled in Baghdad: as a place to go to learn, to read, to talk, a neutral place to exchange ideas,” Evenhaugen said. “There’s a theme that wraps through [the exhibit] of freedom of expression but also freedom generally, and what happens when that’s cut off.” 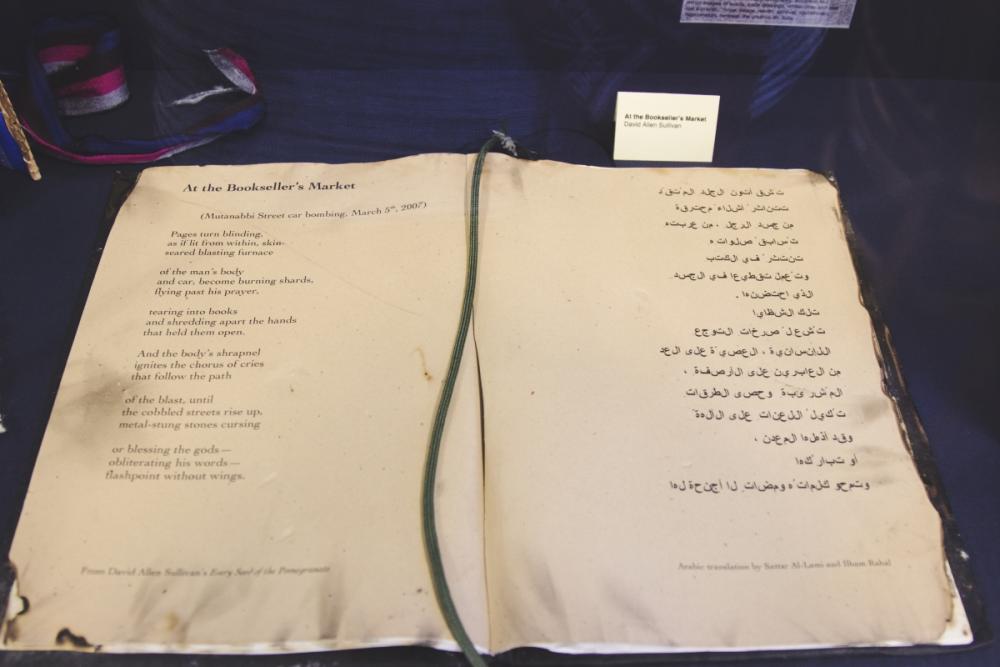 With support from the Doris Duke Charitable Foundation, the National Endowment for the Arts, George Mason University, and the DC Commission on the Arts and Humanities, and in conjunction with more than a dozen partners, including George Mason University’s School of Art, the Smith Center for Healing and the Arts and Split This Rock, Beausoleil worked with Helen Frederick and Sarah Browning of Split This Rock to shepherd the festival into being, and enlisted and Evenhaugen and her predecessor, Doug Litts. Frederick, a professor at George Mason University and founder of contemporary art book and printmaking center Pyramid Atlantic, is deeply interested in supporting worldwide freedom of expression through the arts and the potential of the AMSSH project to nurture positive ideas about the Middle East.

“There’s solidarity and sadness and loss, but also a new way of understanding a subject,” Frederick said. Through dozens of art exhibitions, talks and film screenings during the festival, AMSSH DC “encouraged responses you don’t normally have from exhibits of these sort. It’s not just a print show or a book show; it’s filled with history, meaning and complexity that undid biases, broke barriers and opened up minds to the other.” 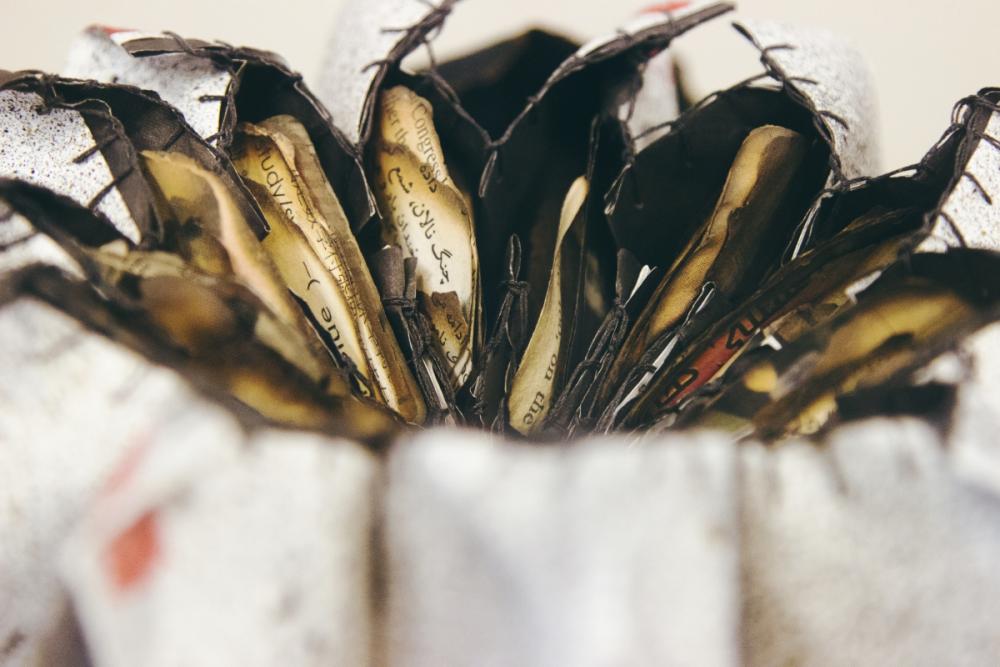 The works created in response to the attack reflect both the impact of the loss as well as faith in the power of books and literacy in the Middle East. One piece on display, “Looking Backward; Windward; Celebration,” by Stephanie Mahan Stigliano, depicted a shower of stamps, scraps of paper and fabric exploding out from a book of postcards. A few cases down, a broadside poster, “Al-Mutanabbi Street,” by Kelly Nelson, portrayed the figures of three women in full-length abayas, each holding an application to be police officers. The silhouettes of the women are created out of a superimposed map of Baghdad, while the words “Live Dangerously” appear on the papers they hold.

“In displaying these artworks here, we hoped to better illuminate the threats in this part of the world to the freedoms we champion,” added Evenhaugen. “The express goal of the 2007 bombing was to interrupt the freedom to read, learn and discuss ideas; can you imagine if that happened here?”

Maria Pisano, whose works “Seven Voyages” and “Lost and Found” were included in the Smithsonian Libraries exhibition, said she hopes her works convey the grief she felt when she learned of the attack. The destruction of memory and knowledge that took place on Al-Mutanabbi Street was equivalent to an attempt to control and subjugate a population, she said. 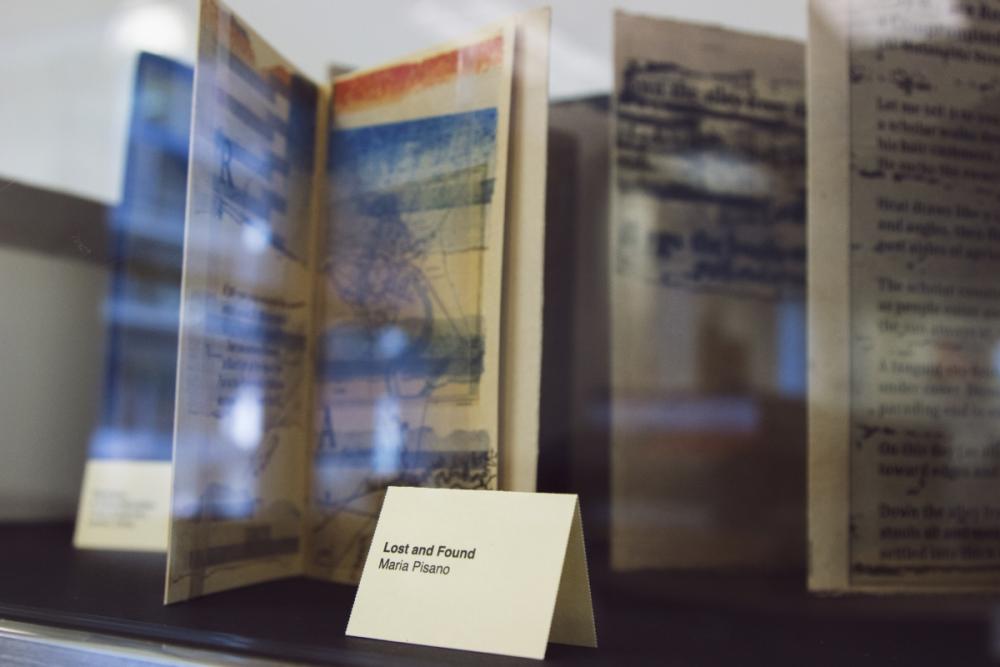 “For Iraqi citizens, here and abroad, I cannot even imagine how they cope with continual terrorist attacks,” Pisano said. “For me, books provide a vehicle to process death and trauma, used as a coping mechanism and to begin to heal. I hope that the works I and other artists present, show that there is still a world where human rights and peace can prevail.”

The peak of AMSSH DC came on the ninth anniversary of the bombing during the annual commemorative reading, which was hosted by the Smithsonian, an emotional evening of readings, translations, performances, talks and a screening of a short film, “Forgive but Never Forget” by Amal Al-Jabbouri, an Iraqi poet and peace activist.

“The commemorative reading attracted audiences that normally might not come out for these kinds of events,” Evenhaugen said. “There were people weeping uncontrollably. It was a tragic occasion to commemorate, but the value is in being able to encourage some healing, and facilitate learning and understanding.” 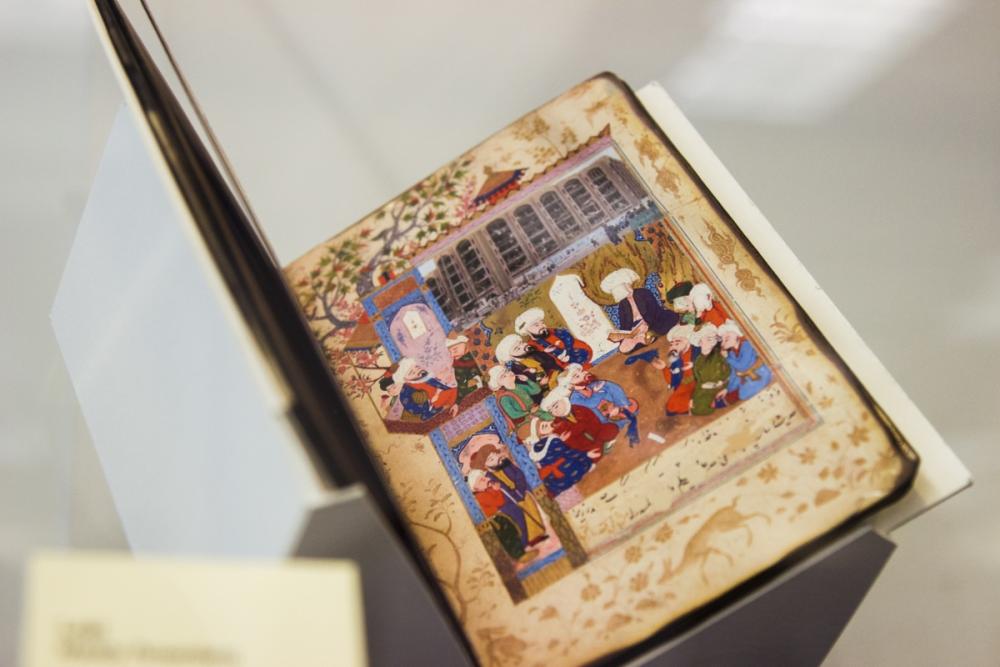 One person who has spoken at commemorative readings every year on the anniversary of the bombing is Mousa al-Naseri, a former Baghdad resident and merchant of stationary and offices supplies on the street. He was only 100 feet away from the car when it exploded, and lost several close friends and colleagues in the attack.

Today, he is an instructor of Arabic in Virginia, having immigrated to the United States several years after the attack. In an essay he contributed for the 2012 anthology, he wrote that the effort to restore Al-Mutanabbi Street to its previous station is a salve for the future.

“We must not forget the famous saying that is repeated by every intellectual Arab, ‘Egypt writes, Lebanon prints, and Baghdad reads,’” he wrote. “The great efforts to restore this street mends my soul and gives me patience; it assures me that this deeply-rooted street will come back one day, to continue its intellectual and cultural role, to be a river that serves thinkers, scientists and intellectuals.” 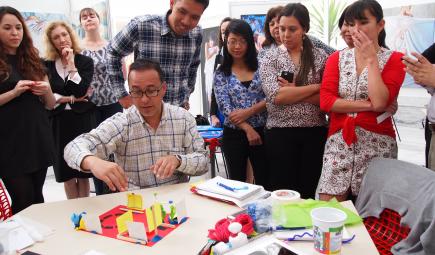 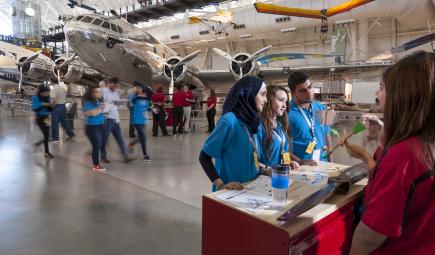