Adrienne Crosier is a cheetah biologist at the Smithsonian Conservation Biology Institute (SCBI) in Front Royal, Virginia. She is responsible for the cheetah breeding program at SCBI and collaborates with zoos and conservation institutions around the world to support cheetah conservation.

Since joining Smithsonian in 2001, Adrienne has worked with international partners to collect biological samples from cheetahs throughout Southern Africa and in zoos across North America. These samples are frozen and stored in biobank repositories for future use. This genetic material can support the survival of wild cheetahs by reintroducing genetic diversity to the cheetah population.

Adrienne received her BSc in Animal Science in 1996 and a PhD in Physiology and Biotechnology from North Carolina State University in 2001. 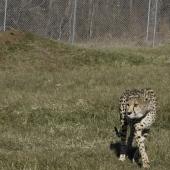 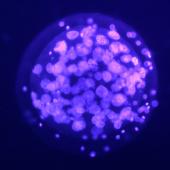