Smithsonian scientists are working to protect mangroves by quantifying their role in climate mitigation and training scientists, students, and volunteers to monitor and protect these vital forests
30+ sites worldwide where Smithsonian monitors mangrove ecosystems
In 2013, Smithsonian scientists worked closely with Abu Dhabi’s Ministry of Environment to quantify carbon stored by these important plants and trained dozens of Emirati students—2/3 of whom were women—in ecosystems monitoring and carbon assessment
This work is helping Abu Dhabi create a roadmap to employ “blue carbon” coastal ecosystems towards carbon neutrality
LOCATION(S): United Arab Emirates
Topics: Global Change

Mangroves, a type of coastal forest, have an ability to “sink,” or absorb carbon from the atmosphere and oceans. In 2013, Smithsonian scientists worked closely with Abu Dhabi’s Ministry of Environment to quantify carbon stored by these important plants and trained dozens of Emirati students—2/3 of whom were women—in ecosystems monitoring and carbon assessment.

Biogeochemist Patrick (Pat) Megonigal, traveled Abu Dhabi to work with an international team on a project to quantify the carbon storage capacity of coastal mangrove systems, or “blue carbon” pools.

The project included training for government scientists and student volunteers who learned techniques to collect plant and soil samples. They also learned to analyze samples for carbon content.

Abu Dhabi’s efforts to preserve its coastal ecosystems date back to the 1950’s. As a major oil producer, the UAE has an added incentive to maximize their coasts’ ability to sequester carbon. “They’re also interested in blue carbon ecosystems as part of their energy economy, and are intrigued by the idea that this can contribute to their efforts to become, at least as a country, carbon neutral,” says Pat. 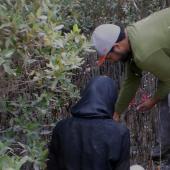 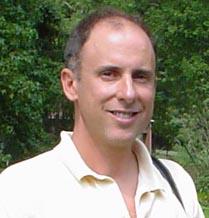 Pat Megonigal is a biogeochemist who studies the soil ecology of tidal wetlands. 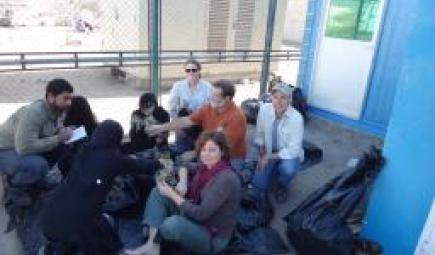 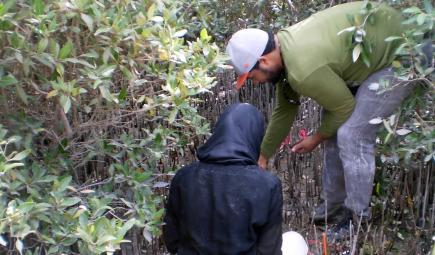 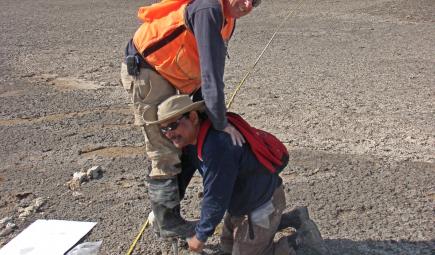 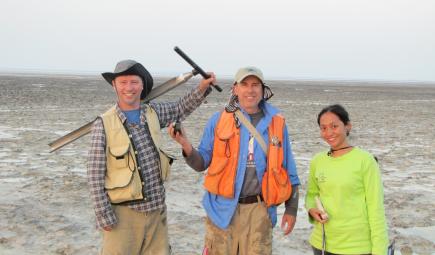