For more than a decade, Smithsonian’s Center for Folklife and Cultural Heritage has worked with musicians, artisans, local communities, and the Colombian government to document and celebrate Colombia’s intangible cultural heritage, or living culture. Smithsonian built on and contributed to Colombian efforts to craft a national intangible cultural heritage policy based on principles of respect for cultural diversity, cultural democracy, and intercultural dialogue.

Building on these long-term relationships, the 2011 Smithsonian Folklife Festival program presented the biological and cultural diversity of Colombia. Colombia: the Nature of Culture celebrated more than a decade of ongoing Smithsonian engagement with the intangible cultural heritage—living culture—of Colombia.

The seeds of this grassroots approach to cultural policy were first planted in a Colombian recording studio.

Smithsonian Folkways Recordings Curator and Director Daniel Sheehy first met Colombian Ministry of Culture consultant Carlos Rojas Hernández in 2003, through a Colombian fellow at Smithsonian. In the first of many collaborative projects, Dan and Carlos worked together to produce the 2004 album Sí, Soy Llanero: Joropo Music from the Orinoco plains of Colombia, which was touted in the Colombian press as the first recording of Colombian music recorded in Colombia to earn a Grammy® nomination. 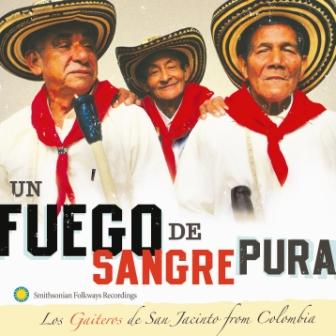 Smithsonian’s work recording and promoting Colombian traditional music helped Colombians to learn about and enjoy their own cultural heritage. As Carlos wrote, “The albums Smithsonian produced and the inclusion of our recordings in the Smithsonian’s collection confirms the artistic and cultural value of our musical traditions; a recognition that we hope will inspire new generations of participants.” 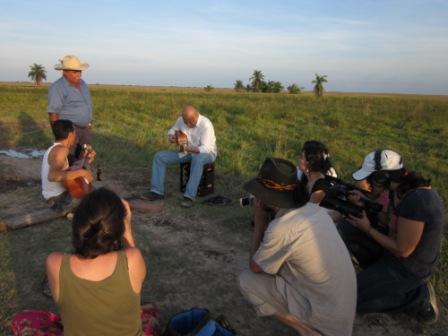 At a time when Colombians were beginning to connect with and the diversity of their cultural heritage, Smithsonian joined Colombian partners to weave together cultural traditions and create ways to safeguard living cultures.

The fieldwork for the 2011 Festival program actively sought out and documented underrepresented Colombian cultural traditions over the course of 3 years of research on the ground. Smithsonian curators Cristina Diaz-Carrera and Olivia Cadaval built on years of prior programming and musical collaboration to identify 100 traditional artists and cultural specialists who presented at the Festival, playing music, teaching dance classes, demonstrating crafts, traditional occupations, cooking regional dishes, and other manifestations of everyday and celebratory culture. 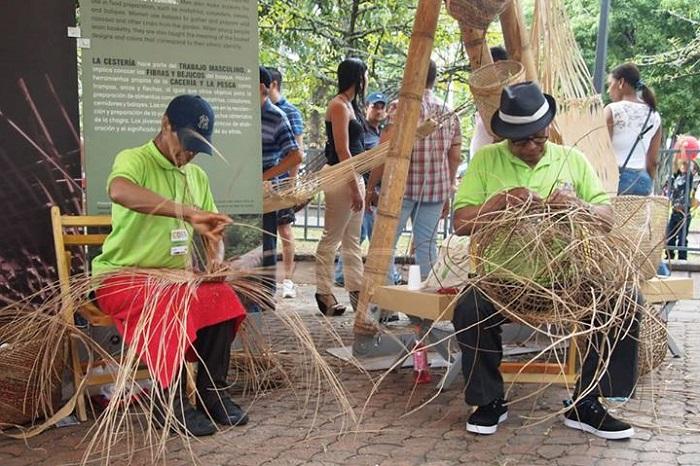 At the Cali restaging, Abel Rodríguez and Oliverio Rodríguez, from Araracuara in the Amazon region, work on their baskets. Photo by Cristina Díaz-Carrera

The Festival showed how cultural adaptations to environments are transmitted to guarantee the survival and sustainability of the natural and cultural environment. As Colombian journalist Mario Lamo wrote, “The Smithsonian provided a unique opportunity to bring together in one space representatives of Colombia’s cultural and ecological diversity.” And Craftsman Juan Cesar Bonilla of the Andean Highlands reflected of his time as a participant, “Washington offered us that opportunity that we did not have in Colombia; it gave us the opportunity to demonstrate what we are.”

Smithsonian curators worked on the 2011 program with the Erigaie Foundation, the Colombian Ministry of Culture’s Cultural Heritage Division, an advisory team of representatives from several universities and cultural institutions, and a Colombian curatorial team. During their fieldwork, Smithsonian and Colombian teams created a research database of living culture in Colombia. This database is an invaluable resource for the Ministry of Culture and the Colombian people.

The work for the Festival program continued past the event itself, providing support for ongoing documentation and cultural conservation in Colombia. The Colombian government restaged the festival three times in Bogotá, Medellín, and Calí, Colombia. 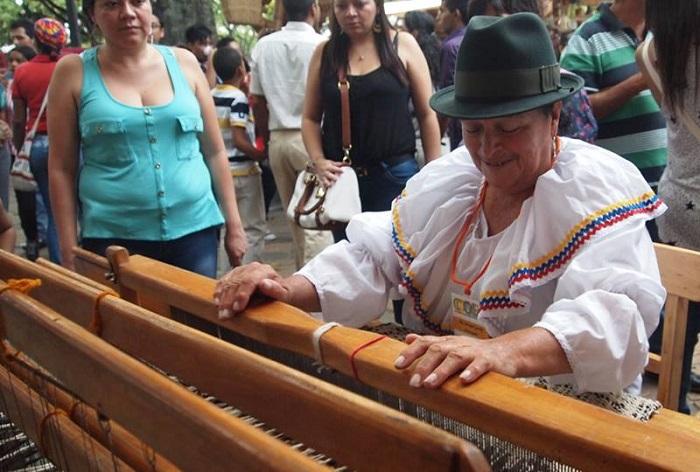 The public from Cali surround Ana Dolores Russi, from Sutamarchán, Colombia, while she weaves on her loom. Photo by Cristina Díaz-Carrera

Smithsonian curators continue their work on the ground, documenting and celebrating Colombian cultural heritage. “Colombia has been very special for me. There’s an incredible renaissance among the younger generations today,” says Dan. “They’re coming to these traditions with incredible skill and creating beautiful music. I feel privileged to have a role in sharing this art with the world.”  He and Carlos are working now on a new release slated for 2016, to feature the Bambuco music of the central highlands and coffee-growing regions of Colombia.