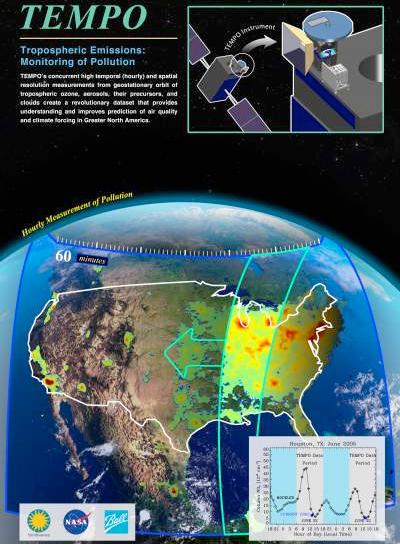 The Smithsonian Astrophysical Observatory (SAO) is working with NASA and Ball Aerospace to build the first space-based air pollution monitoring instrument for North America. The Tropospheric Emissions: Monitoring of Pollution (TEMPO) will measure air pollution concentrations across the continent. With the data TEMPO provides, scientists will gain an improved ability to monitor air quality.

TEMPO will measure North American air pollution—from Mexico City to the Canadian oil sands and from the Atlantic to the Pacific—every hour and at high spatial resolution. This will enable scientists to monitor daily variations in pollution and follow the movement of pollution across the continent. Current monitoring can track pollution daily to a scale of approximately 100 square miles. But, TEMPO will provide detailed information about pollution levels to a far more precise region of several square miles.

Air pollution is one of the most dramatic indications of the human-caused, or anthropogenic, changes on our planet today. Levels of air pollution are at their highest levels in hundreds of thousands of years due to the rapid increase in emissions from fossil fuels and other greenhouse gases. Air pollution is also a global problem, with noxious gases traveling thousands of miles across borders, oceans, and continents. 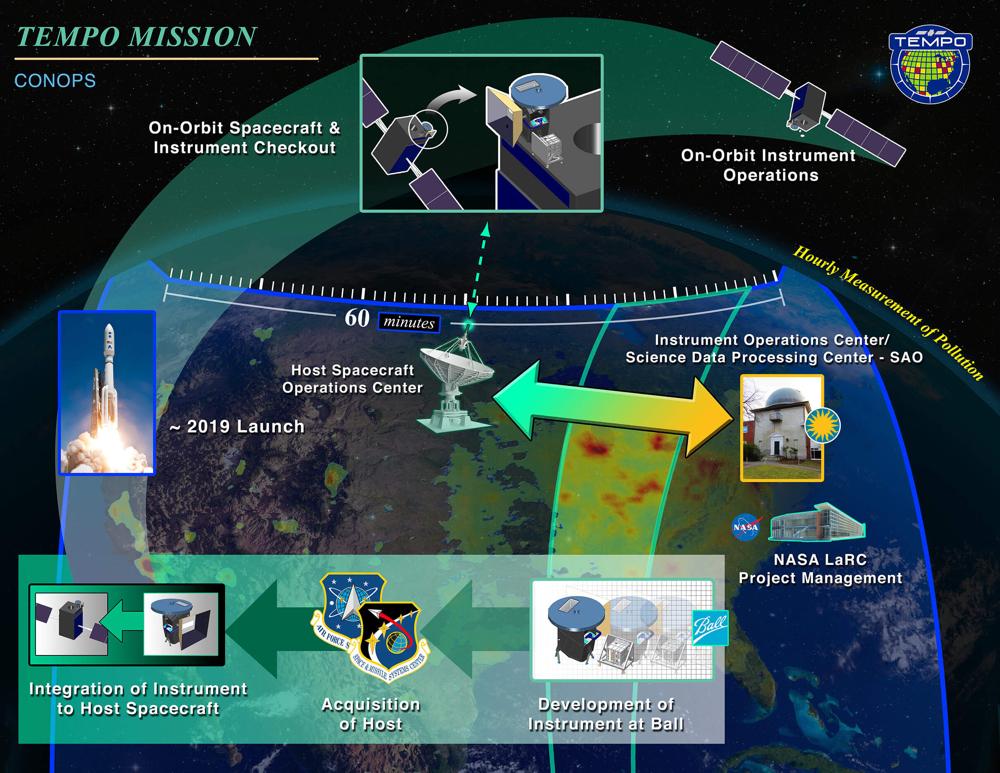 Working collaboratively with NASA and Ball Aerospace, SAO is building TEMPO to measure pollution concentrations of ozone, nitrogen dioxide, sulfur dioxide, formaldehyde, glyoxal, and aerosols in the troposphere. This, the lowest layer of our atmosphere, extends from the surface of the Earth to approximately 10 miles above the Earth.

From a satellite in geostationary orbit, TEMPO will measure air pollution in North America during every daylight hour.

The data from TEMPO will improve our ability to measure pollution in the atmosphere by an entire order of magnitude. 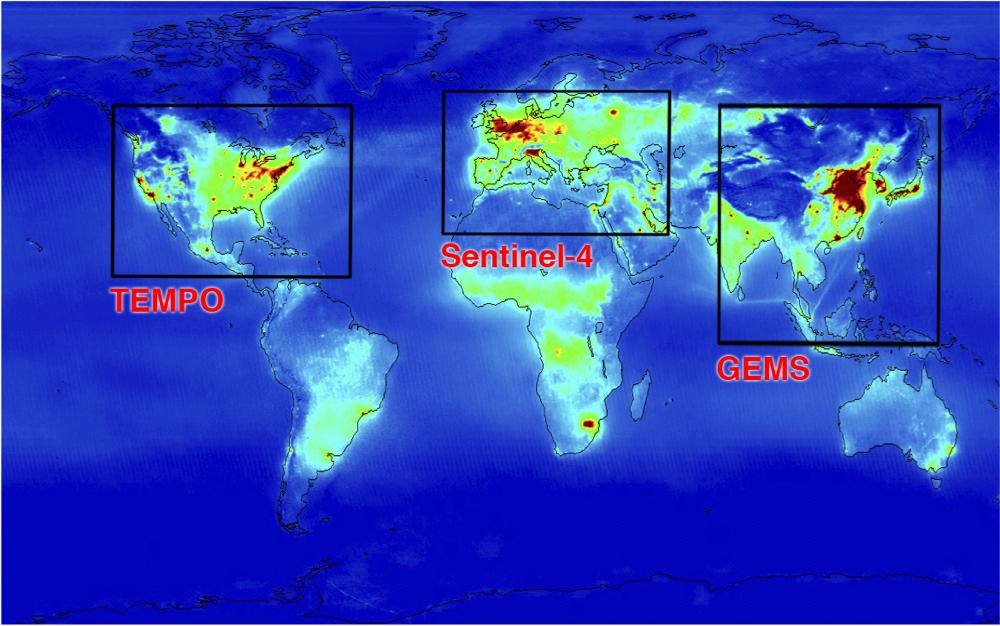 TEMPO will sync with satellite systems in Asia and Europe. Photo Credit NASA

The data from TEMPO will help develop a more accurate ability to model how our atmosphere is developing and changing, from increases in nitrogen dioxide to the resultant increases in ozone. Scientists will be able to see pollution arrive in North America from other parts of the world and trace pollution back to its origins. TEMPO will also document how episodic events like volcanoes and forest fires impact air quality, as well as long-term shifts in air pollution.

This new project builds off more than 30 years of Smithsonian monitoring and measuring of the atmosphere. SAO has successfully collaborated to launch six satellites that map the earth in high spatial resolution every 1-6 days in what’s called “low-Earth” orbit.

SAO is part of a dynamic TEMPO team with extensive experience in measuring air quality from low-Earth orbit. This includes Ball Aerospace, NASA's Langley Research Center, the National Oceanic and Atmospheric Administration, NASA's Goddard Space Flight Center, the U.S. Environmental Protection Agency, and the National Center for Atmospheric Research, a number of U.S. universities and research organizations, and partners in Mexico and Canada.

Other space agencies are planning similar observations over Europe (European Space Agency) and Asia (Korean Aerospace Research Institute) concurrent with the deployment of TEMPO. Together, these new monitoring instruments will form a global constellation of geostationary air-quality satellites.

The massive amounts of data that TEMPO collects will be analyzed at SAO. Using software developed by the Environmental Protection Agency, Smithsonian will make analyzed TEMPO data freely and publicly available online, sorted by location, pollutant, and a general air quality index.

Communicating TEMPO’s work is critical to the overall mission. The team will share the impact of this work via online platforms, apps, and through educational resources available to K-12 students and university students. Combining Smithsonian science and more than 30 years of atmospheric research, TEMPO will revolutionize our understanding of air pollution and its effects, and bring this information to audiences across the continent and around the world.