Panama has the unique distinction of bridging two continents. Understanding how this isthmus appeared millions of years ago is critical to our knowledge of how life evolved in the Western Hemisphere. When Smithsonian paleobotanist Carlos Jaramillo learned that Panama was expanding its canal in 2006 and blasting 100 million tons of rock to do so, he knew he had to move fast to access all of the fossils that this blasting could uncover. Carlos’ research from this site has led to a new understanding of how species spread across the Americas. According to Carlos, the rise of the isthmus “transformed all the plants and animals we see today— without this isthmus everything would be different.” 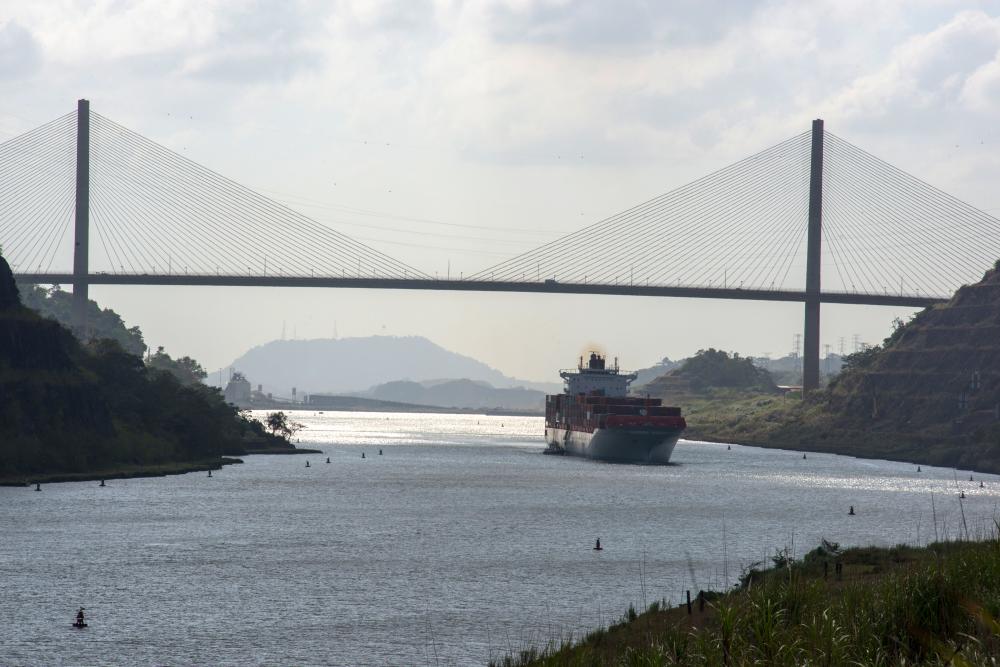 As a paleobotanist for the Smithsonian Tropical Research Institute, Carlos studies the evolution of tropical rainforests around the world. He studies ancient fossils to learn how the animals and plants of the past have reacted to global and local climate and landscape changes. Studying the fossils of the past matters—seeing how things change over long periods of time helps us see how global change could affect us today and in the future. 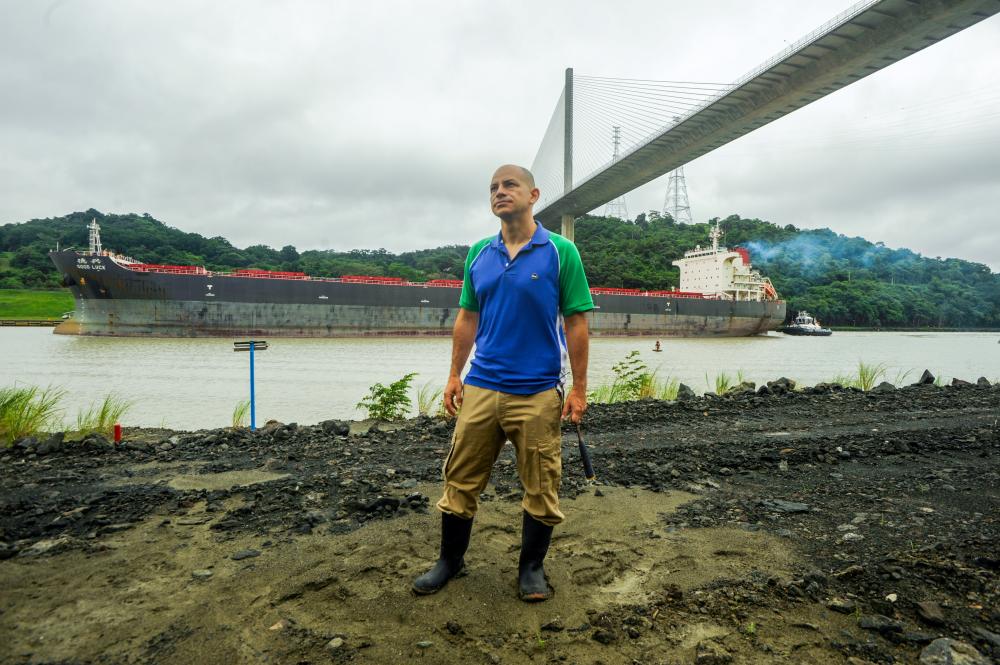 The financial support of the Smithsonian, the Panama Canal Authority, National Geographic and Mark Tupper, together with U.S. National Science Foundation Partnership for International Research and Education (PIRE), allowed Carlos and his team to move forward and recover invaluable information before the chance to access these previously buried fossil records slipped away forever. 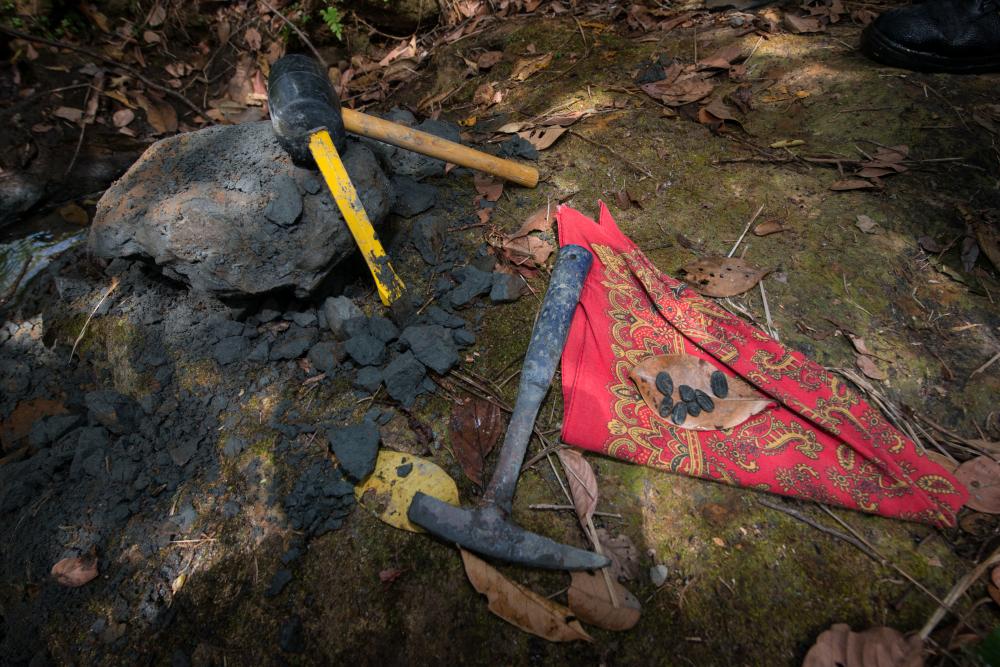 As the canal expansion went on, Carlos and his team of researchers busily mapped geological formations, excavated fossils, collected samples, and recorded data. They had to move quickly as actual mountains disappeared before their eyes. Logging more than 6,000 days in the field, they managed to fill an entire warehouse with samples. They discovered 24 mammal species, most of them new to science, when only a few had ever been found along the Canal. 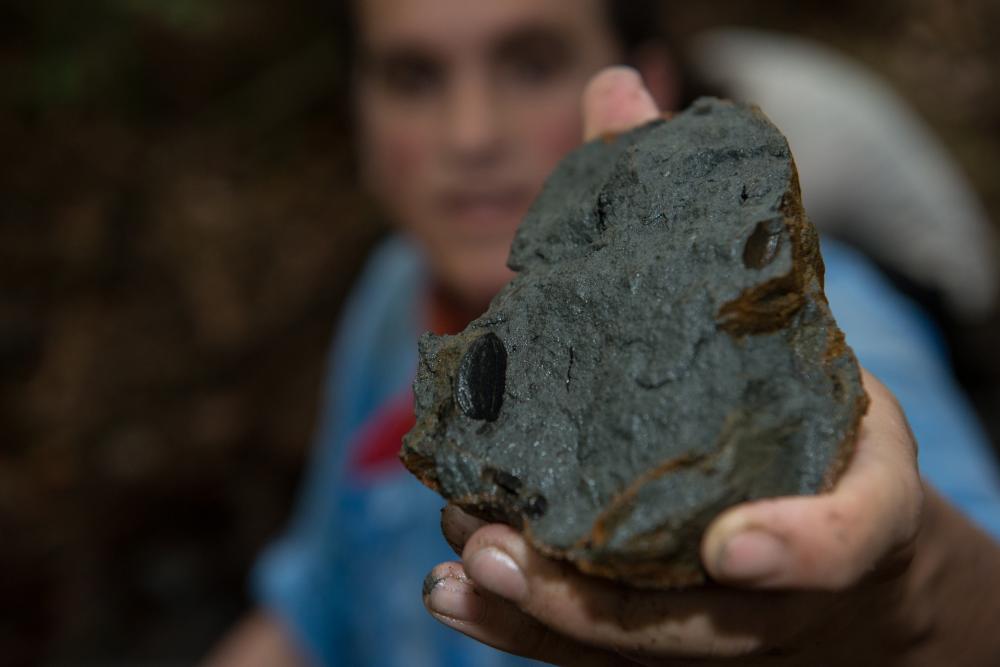 The research team found everything from miniature camels and horses to giant “bear dogs”—intimidating predators the size of a black bear. Many of the species they uncovered had previously been found as far north as the Dakotas. The findings in Panama double the known range of these species, expanding them into the tropics. The numerous fossil sites found along the canal provide a unique view into the distant past and provide us a more complete picture of the species living in Panama during this time, between 35 million and 2.7 million years ago. 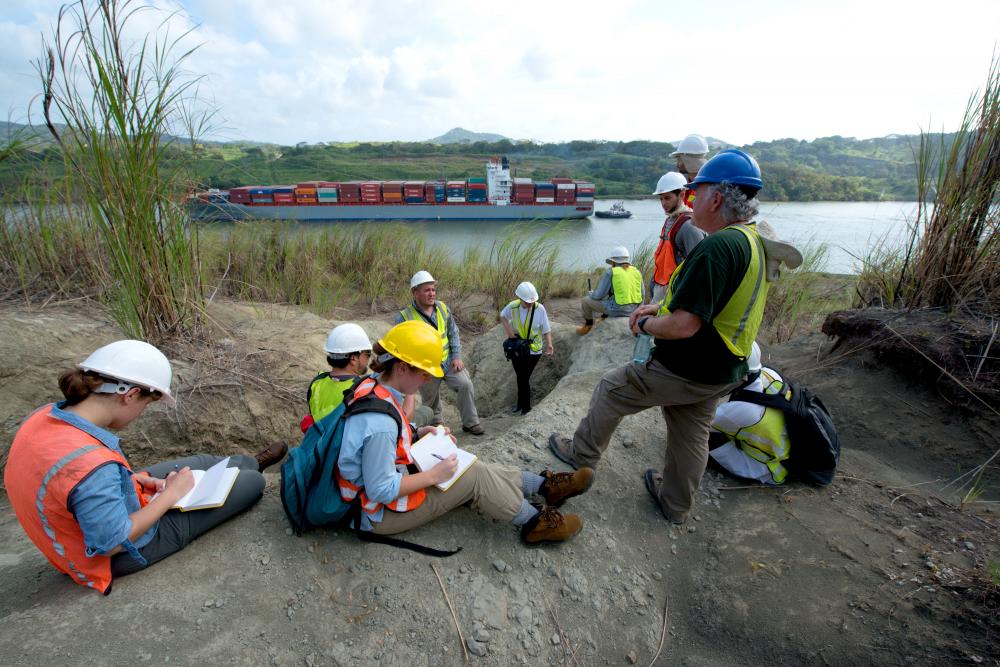 Participants in the Fourth Meeting of the Network for Neotropical Biogeography tour the paleontological excavation sites exposed by the excavation of the Panama Canal. Photo credit Sean Mattson.

Aldo Rincon, a researcher who has been working with Carlos on the project for 8 years, describes how “most of our knowledge of mammals in the Americas comes from the Great Plains (of North America) and there is very little known about the tropics. This is why the Panama evolutionary record is so important. It helps tell us the origin of tropical biodiversity—what happens when animals moved down to the tropics.” 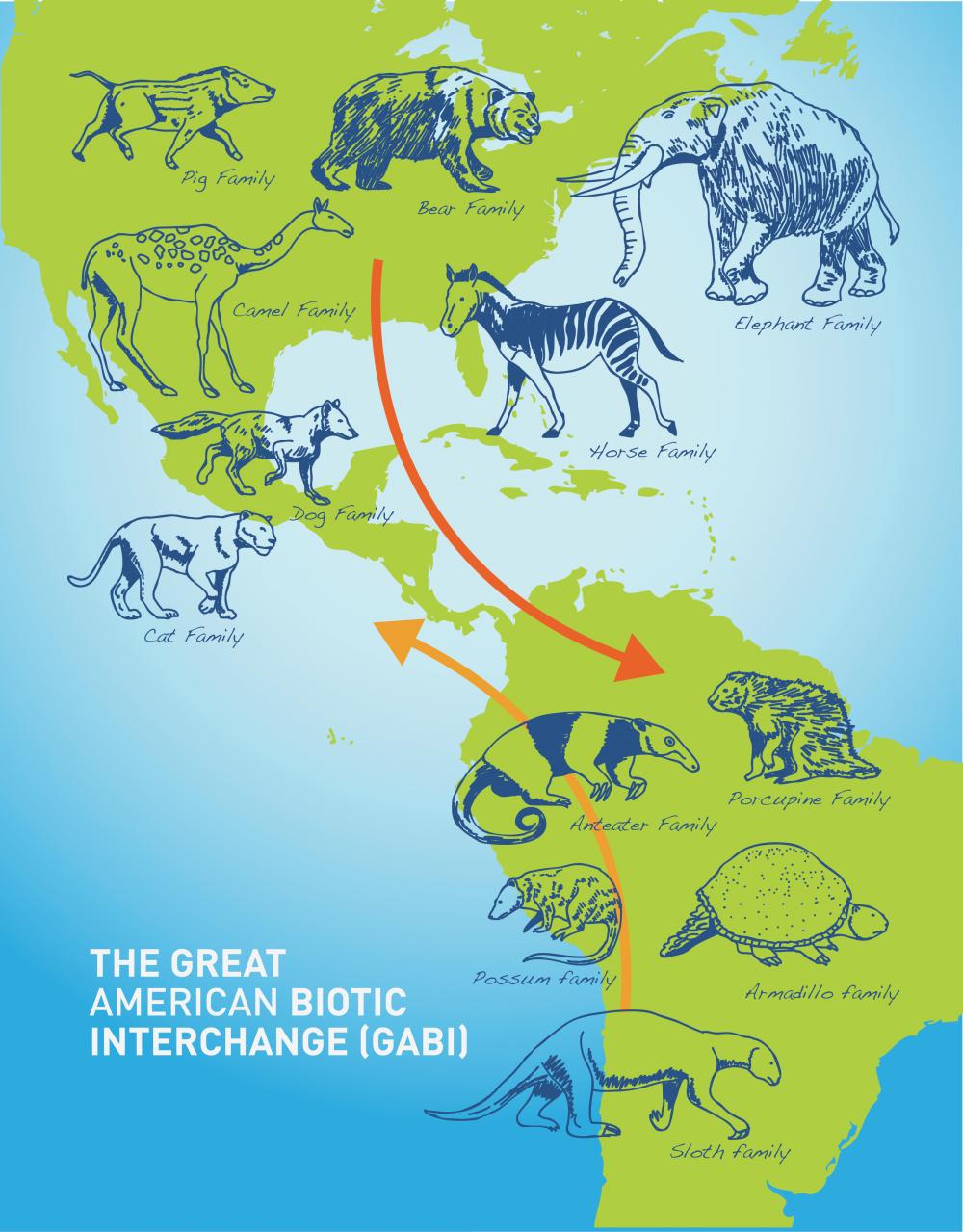 These fossil finds have important implications beyond the discovery of new species—implications that challenge preexisting conclusions about species dispersal across the Americas. Almost all of these mammals are of North American origin, suggesting that mammals traveled from Canada to Panama 20 million years ago and that there was already a continuous landmass all along Central America where previously only oceans could be found, basically a long peninsula of North America into tropical latitudes. In contrast, researchers found that plants at the site in Panama were of South American ancestry. This suggests that plant exchange across the Central American Seaway started earlier than mammals, refuting the common belief that plants are less mobile than animals. 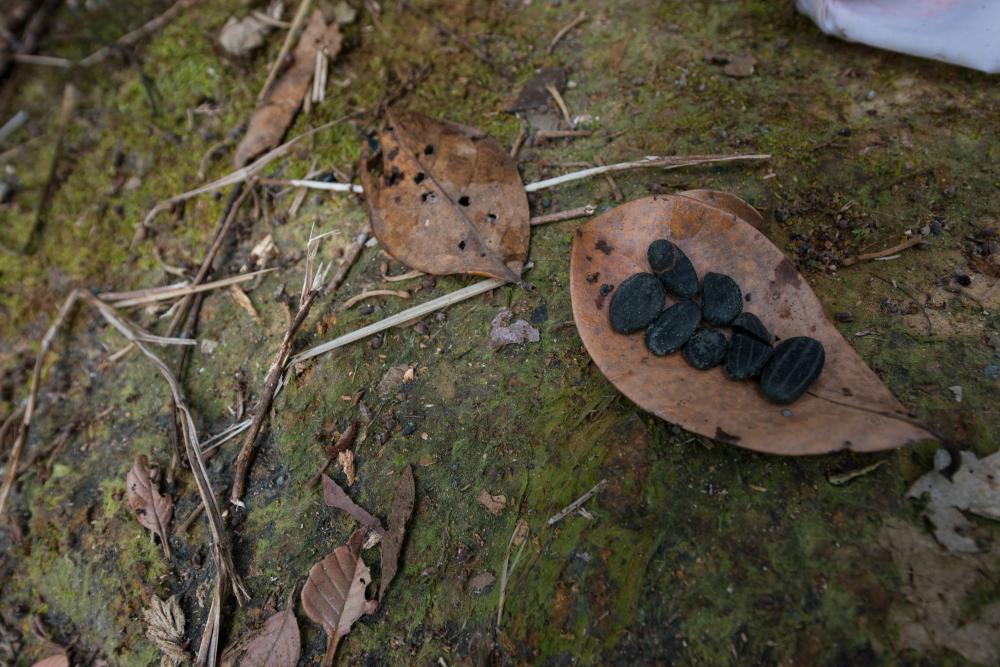 Additional new data that includes the use of Zircon crystals (super strong minerals that can be easily dated) to trace where sediments come from; the chemical and mineralogical composition of ancient volcanoes; paleoceanographic modeling (using supercomputers to model and simulate conditions of the past and see how changes in the isthmus would affect climate); and an extensive analysis of DNA information suggests that by 10 million years ago, the Central American Seaway had closed down and most of the Panamanian landscape had emerged from the oceans. Only narrow and perhaps intermittent passages of shallow water connected the Caribbean with the Pacific oceans until the final complete closure 3.5 million years ago. 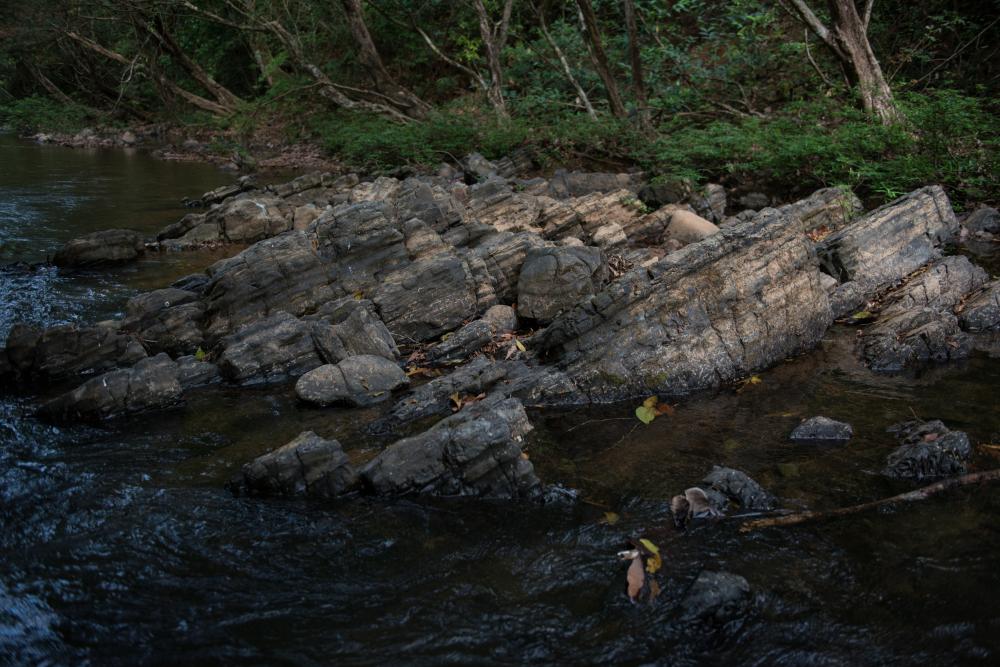 Rocks from the Ocú Formation jut out of the water in Río Palo Seco. Photo credit Sean Mattson.

With these discoveries, the Smithsonian team presents a renewed understanding of how Panama came to be—that much of the Isthmus rose from the ocean far earlier than had been believed. Understanding this timing is significant because the rise of the Isthmus produced important transformations of world climate by triggering the onset of the thermohaline circulation (ocean circulation caused by warmth and salt levels), enabling one of the most massive biological migrations of all times, the exchange of plants and animals across the Americas. The triggering of thermohaline circulation is significant because by closing off the Atlantic Ocean from the Pacific Ocean, the rise of the Isthmus of Panama made the Atlantic Ocean far more salty and warm, leading to temperature increases in North America. As Arctic ice melts due to current climate change, the salinity of the Atlantic Ocean could change and seriously impact climate in the Northern Hemisphere. Carlos summarizes how “Panama is a very small country, but the consequence of the rise of the Isthmus of Panama had global implications related to the entire Atlantic Ocean and to the migration of plants and animals amongst the continents.” 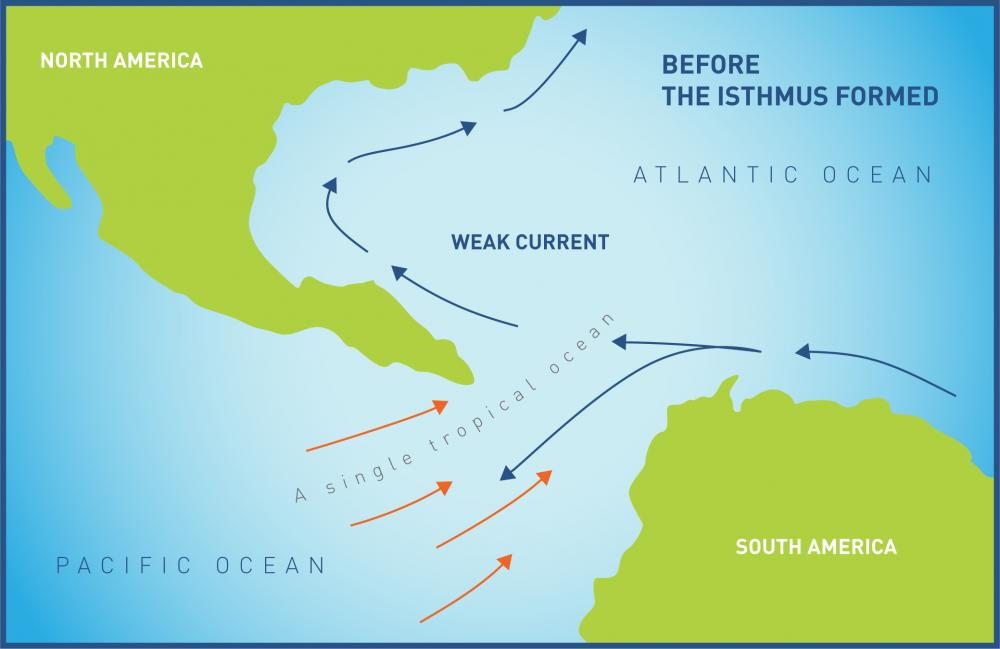 Before the Isthmus. Photo credit STRI.

Carlos and his team continue to examine effects of past climate change in fossils in Peru, Colombia, Cuba, Brazil, and Venezuela in order to better understand the potential impacts of global change today. As we look to the future, we must look to the past to inform our decisions on how to respond to climate change.