In Syria and Iraq, political instability and conflict threaten the integrity and safety of cultural heritage. Cultural heritage helps communities and nations rebuild and thrive in the wake of devastating violence and natural catastrophe. This is not just about saving artifacts and historic sites, but preserving whole societies and ways of life. Smithsonian works directly with Syrian and Iraqi museum and cultural professionals to provide training, equipment, and technical support for on-the-ground protection and preservation of cultural heritage.

The Safeguarding the Heritage of Syria and Iraq Project (SHOSI) is a consortium of Smithsonian and the Penn Cultural Heritage Center at the University of Pennsylvania Museum, the American Association for the Advancement of Science, Shawnee State University, The Day After Association, and the U.S. Institute of Peace. Through research, trainings for local museum professionals, public outreach, and the use of modern technologies to monitor destruction, SHOSI is responding to the threats against cultural heritage in the Middle East.

In the summer of 2014, Smithsonian organized an emergency workshop for Syrian museum professionals to share Smithsonian expertise in emergency care for museum collections. Corine Wegener, Cultural Heritage Preservation Officer for Smithsonian, Robert Patterson, exhibits specialist at the National Museum of the American Indian, and colleagues from the University of Pennsylvania and Shawnee State University shared information with participants on how to safeguard museum collections in the Syrian conflict.

The workshop also provided participants with basic supplies for packing and securing museum collections. Participants at the workshop connected with their peers and began a conversation about the situation in Syria and coordinating emergency responses. Syrian museum curators and conservators often cannot easily communicate with each other because of the conflict. The workshop gave them an opportunity to come together as a community and identify ways to protect objects in place. 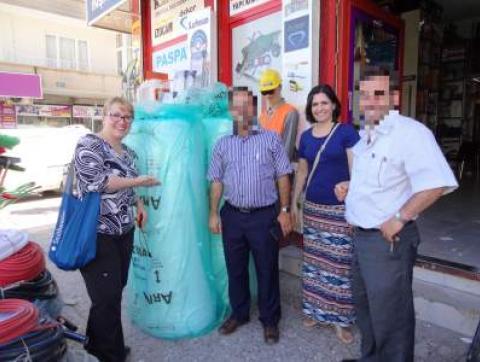 Smithsonian provided equipment and supplies for workshop participants to secure objects in Syria, including the immovable mosaics collection at the Ma’arra Museum in Idlib Province. Housing one of the most important collections of third-to-sixth century Roman and Byzantine mosaics in the Middle East, the Ma’arra Mosaic Museum is located about 50 miles south of Aleppo.

The Ma’arra Mosaic Museum was significantly damaged as a result of the country’s long and ongoing civil war. Smithsonian supported emergency conservation and protection efforts by Syrian cultural heritage professionals and volunteers to safeguard this priceless collection. 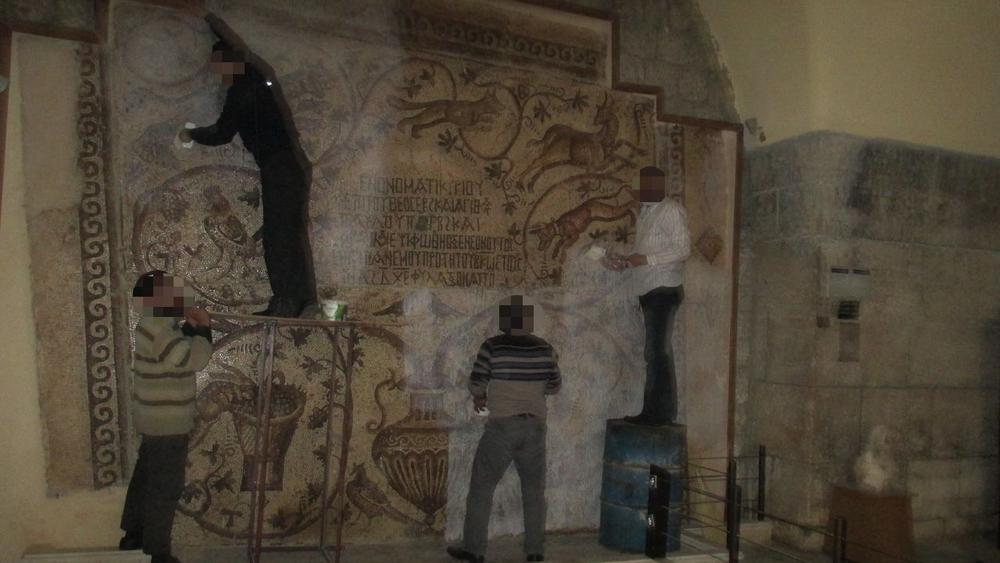 The emergency protection project aimed to secure the mosaics from further harm during the conflict. After consultation with experts in mosaic conservation, the Syrian team applied a layer of glue and cloth designed to fortify and keep the tesserae (individual tiles in a mosaic) together. Several truckloads of sandbags were then laid out to protect the mosaics from further damage. Altogether, some 1,600 square feet of mosaics were protected. 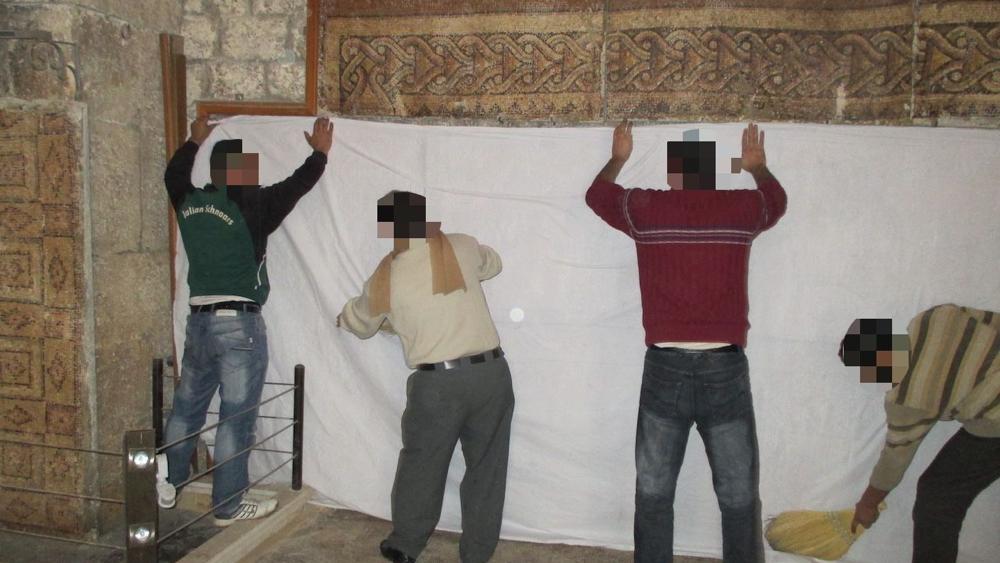 When a barrel bomb severely damaged the museum in June 2015, the sandbag barriers held, protecting the mosaics and preventing the walls on which they were installed from collapse. 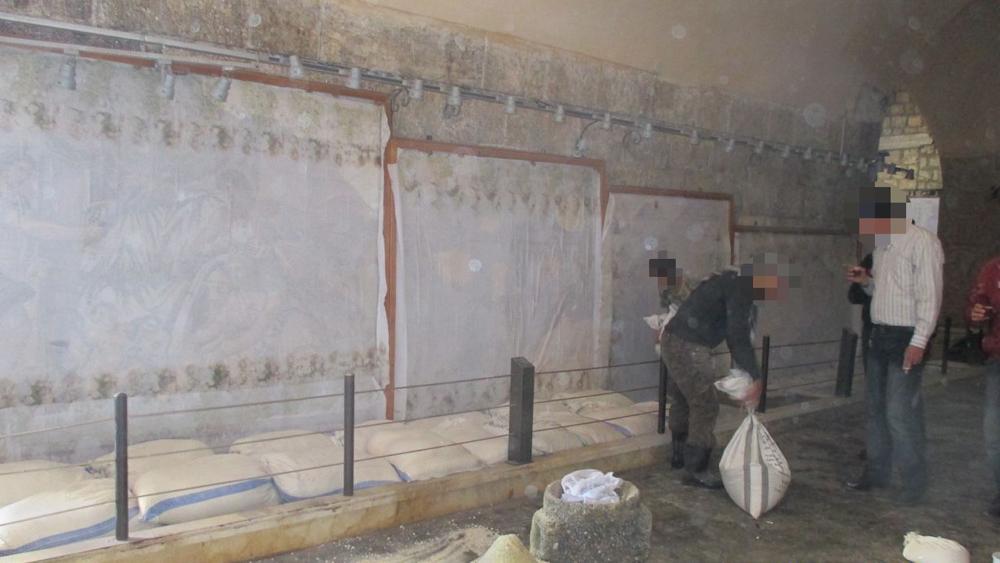 “The Ma’arra Museum stabilization project demonstrates the commitment of our Syrian colleagues to saving their heritage, even in the face of armed conflict,” Corine says. “I’m very proud that the Smithsonian could support their efforts, and we look forward to future collaborations with them, as well as with other colleagues around the world working to save heritage in crisis.”

Learn more about: Safeguarding the Heritage of Syria and Iraq (SHOSI)
Meet our people: Corine Wegener, Brian I. Daniels