Popular history holds that shortly after Christopher Columbus arrived to the Caribbean in 1492, the Arawakan-speaking Native people known as the Taíno were completely destroyed by slavery, European disease, starvation, and war. In Cuba, Jamaica, Haiti, the Dominican Republic, Puerto Rico, and the Lesser Antilles, 90% of the Native population may have died within a half century. However, their story did not end there. The story of the Taíno is a story of survival.

Despite the devastation of the early colonial era, the Taíno passed on their knowledge about their natural and cultural world to Europeans and Africans who arrived to the islands, and Native culture and people survive—and thrive—today. The Smithsonian’s Caribbean Indigenous Legacies Project (CILP), co-led by Ranald Woodaman, Exhibitions and Public Programs Director at the Smithsonian Latino Center, and José Barreiro, Assistant Director for Research at the National Museum of the American Indian, explores how Taíno culture continues to evolve and thrive, despite the first devastating encounter with European colonization. The Caribbean Indigenous Legacies Project tells this story of perseverance and helps provide a framework for understanding Taíno heritage in a multiethnic context. 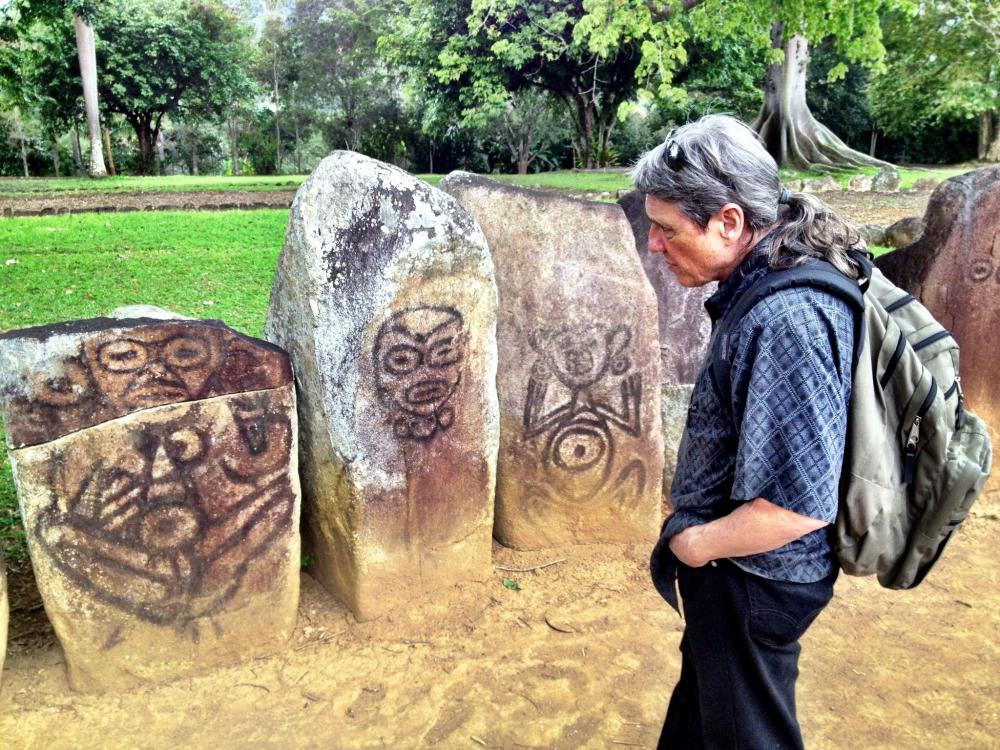 José Barreiro (NMAI) visits the Taíno ceremonial site of Caguana. This well-known set of symbols is thought to connect the political and spiritual power of local chiefs with the authority of their ancestors. Photo Credit: Ranald Woodaman.

Through research and public programs, Smithsonian researchers are engaging with contemporary understandings of Taíno history and Native heritage. Much of this work is being done for audiences from the Caribbean region. According to Christina Gonzalez, a PhD student at the University of Texas at Austin who has conducted research with CILP, “the project’s goal is to encourage people to rethink their own culture, history, and identity, and even engage in work to recover aspects of their culture.” 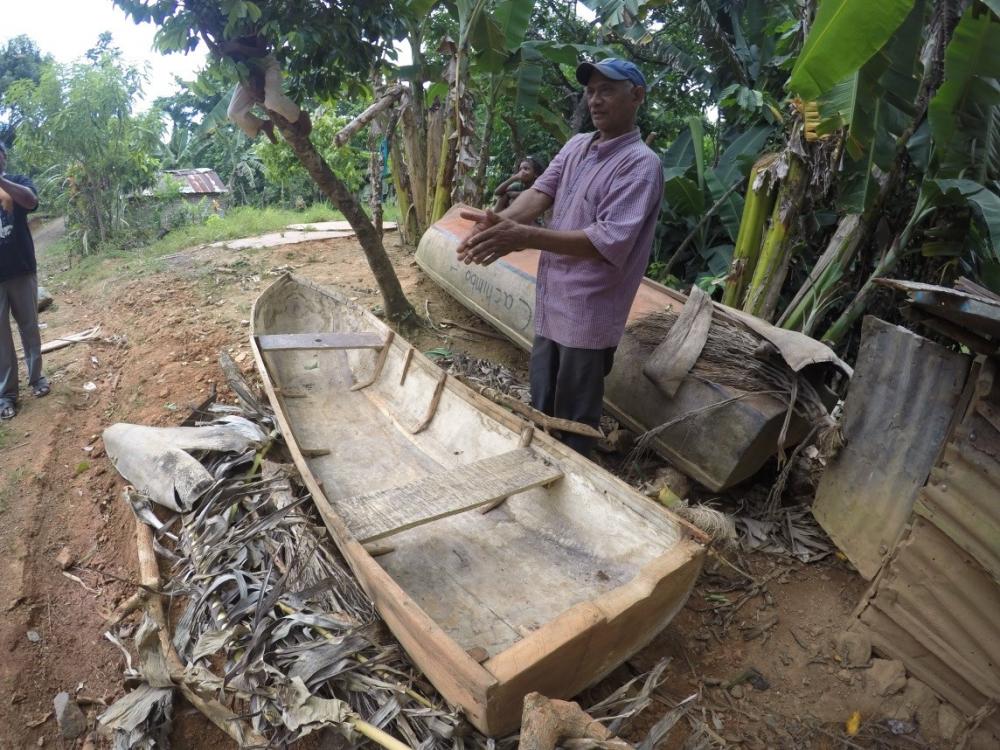 Candido Rojas Martínez discusses his process for making a cayuco, or small river canoe. Traditional methods for making canoes are adapting to the scarcity of local woods. Photo by Boynayel Mota.

Since the 1970s, new groups of Native-descendant people have come together to celebrate and revive Taíno heritage, challenging the dominant history of the region by reclaiming ancestral heritage and emphasizing the endurance of Native roots. 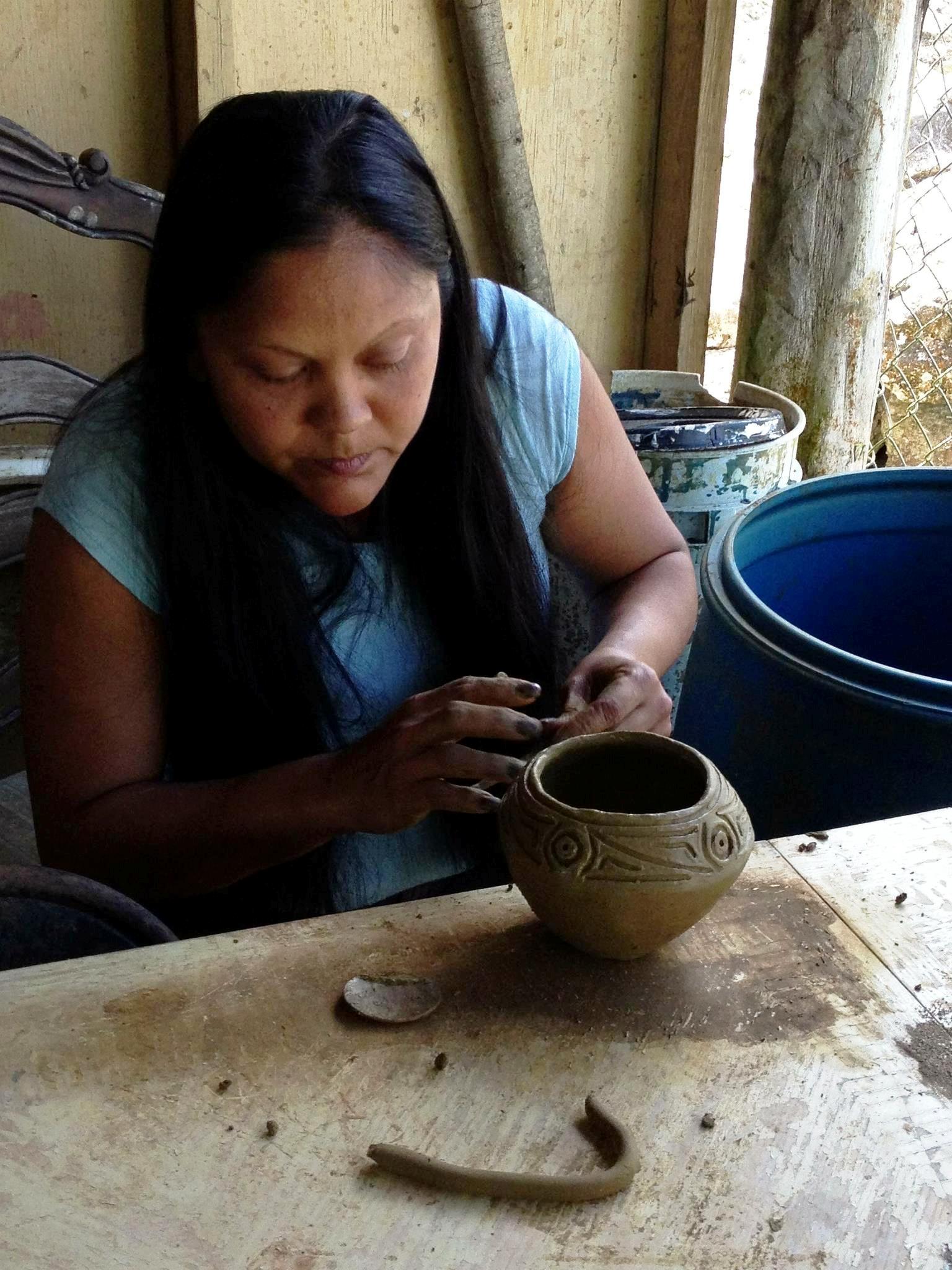 Alice Chéverez is part of a generation of Puerto Rican artisans who have revived Taíno crafts like pottery based on archaeological findings. Photo Credit: Ranald Woodaman.

CILP seeks to create a space for researching Native heritage post-1492 within a multilayered history of the Caribbean. This project is, “about exploring the science of survival; about looking at examples of resilience and agency and the ways in which Native people and their cultures may continue to survive and live despite belief in their disappearance and nonexistence,” Christina stated.

CILP began in 2010 with support from the Smithsonian Grand Challenges Consortia and is a collaboration between the Smithsonian Latino Center (SLC), the National Museum of the American Indian (NMAI), the National Museum of Natural History (NMNH) and its network of partner institutions and researchers in the Caribbean and the United States. These include the Museo del Hombre Dominicano—the main anthropology museum of the Dominican Republic. Smithsonian already had excellent yet rarely studied archaeological and ethnographic Caribbean collections, and expertise in documenting communities in Eastern Cuba from NMAI Assistant Director for Research José Barreiro. A multidisciplinary group of scholars, mostly from the Caribbean, worked with Ranald and José to review the Smithsonian’s Caribbean archaeological and anthropological collections. These workshops culminated in a public symposium at NMAI in 2011 on the survival of Taíno culture in contemporary Caribbean consciousness. The project now includes ethnographic research in local communities and local collections of Taíno artifacts. 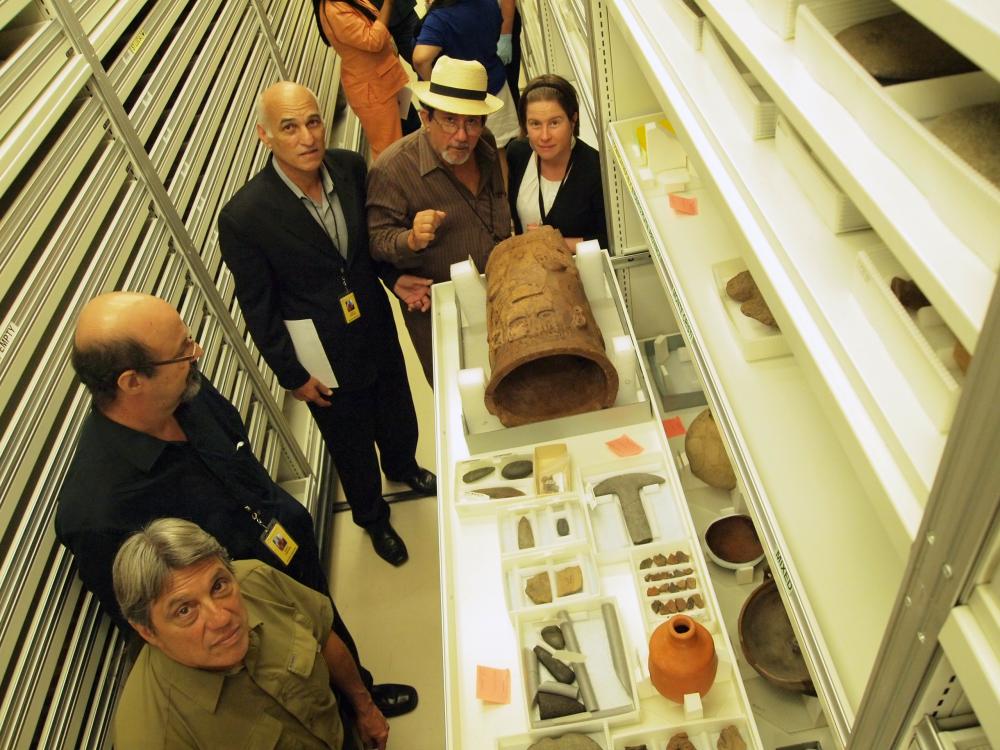 Part of the ethnographic research for CILP involves fieldwork. Surveys gather first-person accounts of individual, family and community connections to indigenous identity and heritage, maintained by indigenous and non-indigenous practitioners. One of the project’s associated researchers, textile expert Soraya Serra Collazo, led Christina and other team members to a prime example of cultural continuity; for instance, one woman in her eighties in a rural area of Puerto Rico, one of the only people left who makes hammocks using the fibers from a plant called maguey. Christina noted, “This was believed to be a lost art… her practice shows it has survived.”

Ranald describes the CILP research methodology as “open source,” because all of their tools and process are made available to interviewees. This includes surveys to identify people, families, and communities who identify as Native descendants, which many local stakeholders use for their own research. The project also supports families in creating family trees. “This work explores how cultural life continues and we’re seeing that in living people whose stories are often silenced or whose experiences are not taken seriously in the production of history. It gives them a platform to share their voices,” Christina said. 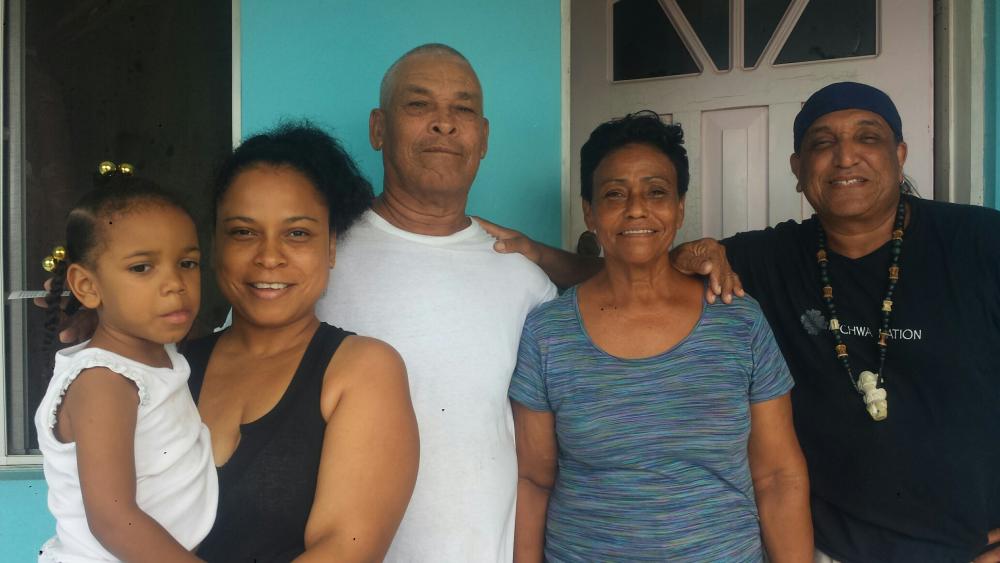 The Moxum family have mixed Native roots. Mr. Norman Moxum is of Arawak-descent, and his wife, Yolanda Moxum, comes from a Miskito community in Honduras. Photo Credit: John Homiak.

One such platform is a website that is being conceived as a practical tool for understanding Native ancestry, especially DNA, as well as a general resource for those who want to learn more about Taíno culture. Christina described, “the hope is that it also advances the development of knowledge on the topic of Caribbean indigenous peoples and cultural traditions by offering scholars a database of information to further their own work, by empowering the public with the tools to conduct research on their own families and with their communities, and by igniting interest from future scholars in what is very much still a burgeoning area of study.”

The project opened a 2018 exhibition at The National Museum of the American Indian in New York, NY. The exhibition will feature Smithsonian’s archaeological collections and CILP research findings. Before and after the exhibition development, the project also plans to expand its research into the fields of linguistics (in particular the study of place names), botany and ethnomedicine, and historical recovery work. Even after the exhibition closes, the research CILP has developed will continue to tell the story of the Taíno and expand our understanding of what it means to be Taíno today.